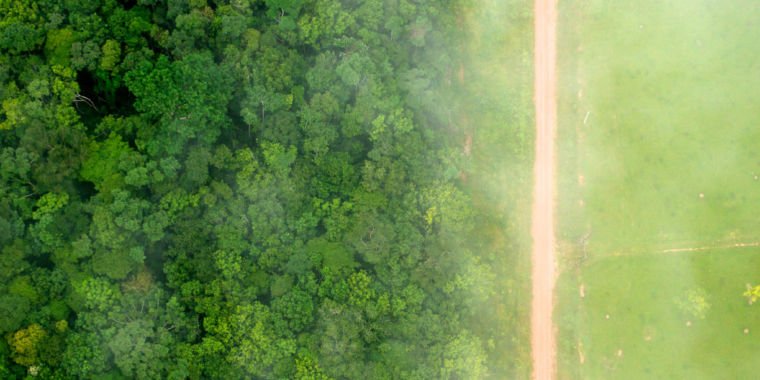 We don’t destroy the world because it’s fun, but because it pays to do it. People respond to financial incentives. So, how do you provide an incentive to stop destroying the world? One idea is to use cold hard cash. If people earn more by not throw away, the thinking goes, the incentive changes: it suddenly pays to save. Based on this idea, a pilot program in Uganda paid landowners to preserve the forest on their land and tracked the results.

It turned out not to be that simple: people don’t always do what they have to do neatly. What if these landowners were already concerned about deforestation and were already preserving their land? You just spent quite a bit to pay for something that was already about to happen. Or what if they just fell trees elsewhere? To find out if the benefits of the program are worth the cost, you need to collect a lot of data.

A piece of paper inside Science reports this week on the results, which are encouraging: deforestation slowed to about half its previous rate, and it appears that people have not simply moved their clearing elsewhere. The benefits of the program seem to outweigh the costs, whichever way you look at it. In other words, money is a great incentive to preserve habitats, which is good news for climate change efforts.

These types of programs are already widely used, both in environmental efforts and programs that encourage families to send their children to school or participate in health programs. But these kinds of efforts often become widespread before it’s clear whether they really work — a bit like a popular diet that hasn’t been rigorously tested.

The danger is that all these schemes are based on assumptions about human nature that don’t always hold true in the real world. Programs that haven’t been tested run the risk of wasting resources on something that doesn’t work or even does active damage.

Uganda is heavily forested, but there is rapid deforestation. Most of this deforestation occurs on private land, which accounts for about 70 percent of Uganda’s forests. Landowners sell trees for lumber or cut them down to use the land. The forests serve as a kind of savings account – when a family makes large expenses, trees can provide a quick injection of money.

Money transfer schemes have been tried before, but this program did something new: it was set up as a clinical trial, taking 121 villages in western Uganda and randomly assigning them to “control” or “treatment” groups. This helped the researchers to ensure that the villages in the treatment group showed no systematic differences from the control villages.

In the treatment villages, landowners with forested ares could register to keep their land for two years. Random checks were carried out for signs of deforestation, but if the landowners complied, they received “Payments for Ecosystem Services” (PES). On average, landowners could earn $56 a year. That’s about 16 percent of the average annual household income in the region, equivalent to a US citizen being offered about $8,300.

An inexpensive way to save trees

Using satellite images, the researchers calculated the impact on forest areas. They found that in the control villages, 9.1 percent of tree cover was lost over the two-year trial period. In comparison, in treatment villages, tree loss was less than half that rate, at 4.2 percent. It is possible that landowners were felling trees elsewhere, for example on someone else’s land. But by examining the tree cover throughout the village, this type of leakage was included in the results.

There are other more complex types of potential leakage. It is possible that the timber market has just adapted to sourcing timber elsewhere. A study of this size may not have had enough impact to trace across the entire market, but that could be worth tracking if a program is rolled out nationally. This study also did not examine whether people were adapting to different fuel sources and what consequences this might have – it remained to answer only the question of whether paying people caused them to cut down fewer trees.

The reduced deforestation also has a value, based on economic models of the social cost of carbon emissions. By using these models and testing various assumptions, the researchers concluded that the benefits of the program outweighed the costs. Under different assumptions about the future effects of emissions, estimates of the program’s value ranged from near breakeven to a benefit of about fifteen times the cost. Compared to many other emissions programs, this is insanely cheap: “subsidies for hybrid and electric cars,” the authors write, “cost 4 to 24 times the CO2 benefits they generate.”

A randomized controlled trial is a great way to determine if programs like these work, and it’s exciting to see such robust research being done on them. But it’s not the definitive answer: the results won’t necessarily be generalized to every comparable program. For example, people’s patience may eventually run out, so the benefits in permanent programs may diminish.

“Reducing deforestation in low-income countries, where most deforestation occurs today, is seen as one of the most cost-effective ways to reduce global carbon emissions.2 emissions,” the authors write. “So it’s a promising way to tackle climate change if rich countries fund conservation projects in poor countries.”

Financially this may seem true, but it could have unforeseen consequences for the lives of the people of those countries. For example, it seemed that this project prevented landowners from letting poorer people get firewood from their land. “A do-no-harm version of PES could include small money transfers to poor, non-forest owners in the community,” the researchers suggest. Research into the wider economic changes brought about by programs like these will be an important part of the puzzle.