Pandemics: do we need an app for that? | Techilink 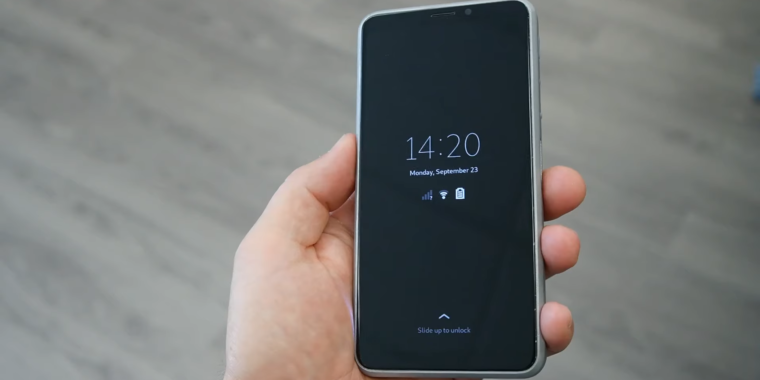 At present, with huge numbers of individuals infected and limited testing capacity, the US has no way of knowing who is at risk for SARS-CoV-2 infection. However, the ultimate goal of social isolation is to reduce infection levels so that we can do contact tracing: find out who an infected person has come into contact with and isolate and test them. If implemented effectively, it will catch newly infected people before they become contagious, preventing the virus from spreading.

However, that process relies on contact tracing being efficient and accurate enough to identify everyone at risk before they move on and infect multiple new people. A new study by a group of Oxford researchers suggests that SARS-CoV-2 is simply too contagious for it to work properly. However, the team is not without a solution: a smartphone app that caches contact information and alerts all contacts as soon as there is a positive test result.

Contact tracing is in principle very simple. Once an infected person is identified, they are interviewed to ask where they come into contact with other people for a while. In reality it is a nightmare. People’s memories are flawed and it can be difficult to reconstruct everywhere they’ve been. And it’s one thing if they know they’ve visited some friends or relatives; it’s different if they take a bus or stop at a big store. It can take days, if not weeks, to determine who was even in the same place at the time.

Can it really work with a fast-moving disease like SARS-CoV-2? To find out, the Oxford team turned to an epidemiological model to examine how contact tracing and other measures might influence the spread of the virus.

Epidemiological models of a disease are based at least in part on the characteristics of the disease itself, such as how long it remains asymptomatic and when people become contagious. In this case, the researchers used a combination of their model and real-world data to estimate some of the properties of the virus itself. The real-world data came from a number of contact traces reported by other researchers. These were plugged into the model, which then made estimates for four key traits: transmission from people who do not yet have symptoms, transmission from people who never develop symptoms, transmission from people with symptoms, and infections caused by viruses left on surfaces by those with infections.

Once they had values ​​for these traits, the model was run to get a picture of how control efforts would change the trajectory of a coronavirus outbreak. Specifically, they looked at the simplest plan: isolate people with symptoms, conduct contact tracing with them, and quarantine anyone determined to be at risk based on the contact tracing.

But it didn’t work. Tracking down contacts simply takes too long and the coronavirus is too contagious.

But it would look better if you could speed up contact tracing, so the researchers tried out an idea that essentially makes it instant: a smartphone app. The app just runs in the background and registers other phones where it comes near, caching the information. If the user gets a positive coronavirus test (yes, we know it’s actually negative), anyone who is cached can receive a message telling them to self-isolate and get tested.

Actual success depends on how well we do to quarantine known infected people and isolate anyone who is a potential contact. But if we assume a success rate of 70 percent for both, then the function of the phone app is obvious. Even under a model of very rapid manual contact tracing (two days until contacts are isolated), the virus will infect enough people for the pandemic to grow. In contrast, with direct contact tracing, the 70/70 quarantine/isolation condition is sufficient to decrease new infections.

Obviously, this raises some important privacy concerns. To be effective, the app not only needs to register something about nearby phones, such as Bluetooth IDs, but it also needs to exchange enough information so that the phone can be contacted if testing reveals a potential risk. In addition, the system should be integrated into the testing services so that a positive test result provides near-instantaneous warnings.

Realistically, all of that requires a centralized database that integrates data from both the application users and the testing service. This should allow individual users of the app to remain anonymous and make it easier to follow security best practices. However, it does create a single point of failure, both for functionality and security.

How well the public would accept these trade-offs is probably a matter of cultural expectations. China, with its large state infrastructure and citizens accustomed to lower levels of privacy, has already experimented with mobile application-based infection risk management. Compare that to the US, where there isn’t even a centralized authority running the tests, and citizens tend to distrust government interference. Not only will the decision to pursue such a system be more complicated, but it’s not even clear which agency would run it or how they would go about integrating all of the disparate testing systems.

As for the model on which the idea is based, the usual caveats still apply: any model requires many assumptions about the properties of the disease and an evaluation of data that remain incomplete during this rapidly expanding pandemic. That said, there’s no doubt that the challenges and time involved with the standard approach to contact tracing raise legitimate questions about how quickly we can turn to it in countries where infections still spread largely unchecked, such as Italy, Spain and the United States. US The approach proposed by the authors may allow some countries that are up to the challenge of establishing such a system to switch to contact tracing faster than expected.

For more focus on the privacy issues, there is a more extensive discussion in an earlier issue of Science. If you think it’s all a good idea, MIT has already created an application that implements some of the ideas discussed in this article.