Only 20 percent of e-waste is recycled | Techilink 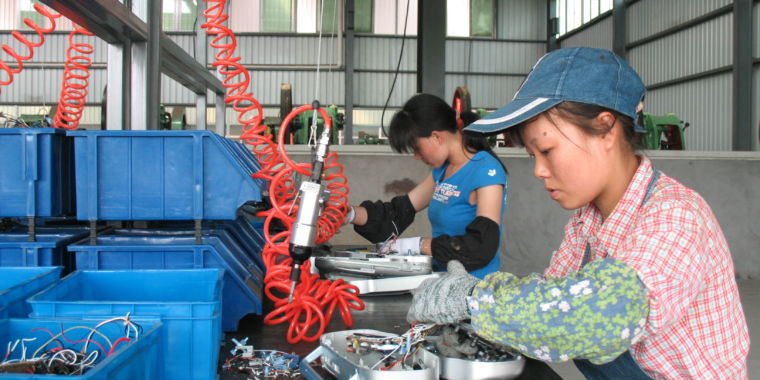 Choosing to handle your bills online will prevent a lot of paper from ending up in the trash, but the devices you use to get online will eventually die anyway. If this “e-waste” ends up in a landfill, the energy and materials that went into manufacturing and supplying those devices are lost. And besides being unsustainable, removal can also expose people to dangerous metals and compounds.

Aside from a story here and there about a new e-waste recycling project, it’s hard to get a sense of how much e-waste is thrown away around the world. A new report from the United Nations’ International Telecommunication Union helps paint a picture by providing some global statistics.

There are of course huge differences in e-waste from region to region. Africa, for example, accounted for only about five percent of the total e-waste produced, of which about zero was recycled. Europe and Russia together produced about 28 percent of the world’s e-waste, but recycle it at a higher average rate of 35 percent. This is partly due to recycling rates of about 70 percent in Switzerland, Sweden and Norway.

The United States produced 14 percent of its e-waste and recycled less than a quarter of it — just above the global average. China, which has four times the population of the US, accounted for about 16 percent of the world’s e-waste, of which about 18 percent was recycled.

The trend for e-waste is of course upwards, with about four percent more being produced each year. The report highlights the huge changes in technology use over the past decade. In 2007, only about 20 percent of the world’s population was online, but that number has since risen to nearly 50 percent. That’s more people using more devices, while recycling efforts are lagging behind.

And many of those new devices are smartphones with incredibly short life cycles. The average smartphone, the report notes, is only used for less than 2 years before being replaced. (On the other hand, many devices have gotten smaller, which means there’s a little less material in each one.)

In an interesting example, the report focuses specifically on chargers. Of the 45 million tons of e-waste, power adapters account for at least half a million tons. Of course, chargers are not thrown away because they are obsolete, but they last. The International Telecommunication Union has been working on standards for chargers, which can have a longer lifespan if compatibility is expanded.

On a positive note, the report notes that six other countries (most notably India) have added rules for e-waste management since 2014. That means two-thirds of the world’s population now lives in countries with at least some regulations encouraging safe disposal. and recycling. And that’s a start.