One of NASA’s Greatest Mathematicians, Katherine Johnson, Has Died | Techilink 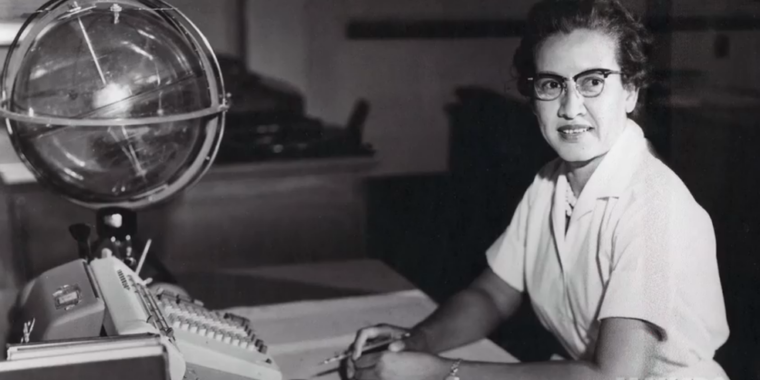 Katherine Johnson, a pioneering mathematician best known for her contributions to NASA’s manned spaceflight program and who rose to fame later in life thanks to the film Hidden Figures, passed away on Monday. She was 101 years old.

“At NASA, we will never forget her courage and leadership and the milestones we would not have achieved without her,” said NASA Administrator Jim Bridenstine. “We will build on her legacy and work tirelessly to increase opportunities for all who can contribute to the ongoing work to raise the bar of human potential.”

When West Virginia decided to integrate its graduate schools in 1939, Johnson and two male students were selected as the first black students to be offered a place at the state’s flagship school, West Virginia University. Katherine left her job as a teacher and enrolled in the math program.

In the wake of the Soviet Union’s launch of the Sputnik spacecraft in 1957, Johnson supported some of the engineers who founded the Space Task Group, which turned into NASA in 1958. At the new space agency, Johnson conducted the trajectory analysis for Alan Shepard’s Flight in May 1961, the first time an American flew into space.

Notably, in 1962, she performed the critical calculations that brought John Glenn into safe orbit on an American astronaut’s first orbital mission. NASA engineers had done the calculations on electrical computers, but when someone was needed to validate the calculations, Glenn and the rest of the space agency turned to Johnson. “If she says they’re good,” Johnson recalled the astronaut saying, “then I’m good to go.”

Later, Johnson also helped with the calculations that ensured a safe rendezvous between the Apollo Lunar Lander and Command Module in orbit around the moon. In addition, she supported the space shuttle program before retiring in 1986. She was known by her colleagues for her accuracy.

In 2015, Johnson received the Presidential Medal of Freedom, America’s highest civilian honor, from President Obama. Her legacy is vital: she helps show the world that the Apollo program was not just male, nor was it all white. Moreover, Johnson proved that gender or skin color don’t matter when it comes to making a brilliant mathematician.