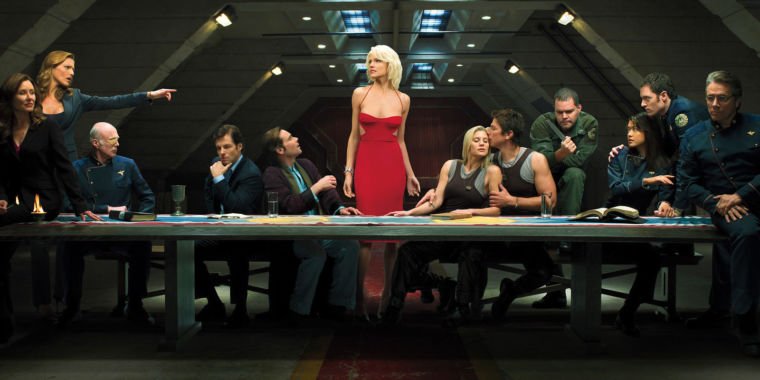 The reboot of the series was announced today for Comcast’s upcoming NBCUniversal streaming service, Peacock, The Hollywood Reporter reported today.

The original Battlestar Galactica was on air for the entire season, from fall 1978 to spring 1979. A 2003 miniseries rethinking the core concept—robots called Cylons are coming to kill us all, and that’s very bad—served as the backdoor pilot of an eventual four-season run on the SyFy basic cable network (then called Sci Fi). The reboot series, which ran from 2004 to 2008, caused division among fans and inspired passionate reactions to both undeniably strong and extremely questionable writing choices throughout its run.

The new show will be “an updated, more modern view of the world,” based on the 2004 edition, THR says, not the 1978 original. The show is led by Sam Esmail, who is best known as the creator of mr. Robot† The last season of mr. Robot will air this fall, freeing Esmail for other projects. He will also reportedly direct two other series for the streaming service, including an adaptation of the classic 1927 film Metropolis†

In a tweet posted after this story was originally written, Esmail clarified that the show is not a straight remake, but instead a spin-off, “because…why mess with perfection? Instead, we’ll explore a new story within mythology while staying true to the spirit of Battlestar. So we all say!”

You can now feel free to discuss the pros and cons of the 2004 series again in the comments. (The cast was perfect. Fight me.)