Offshore wind in Europe will not need subsidies for long | Techilink 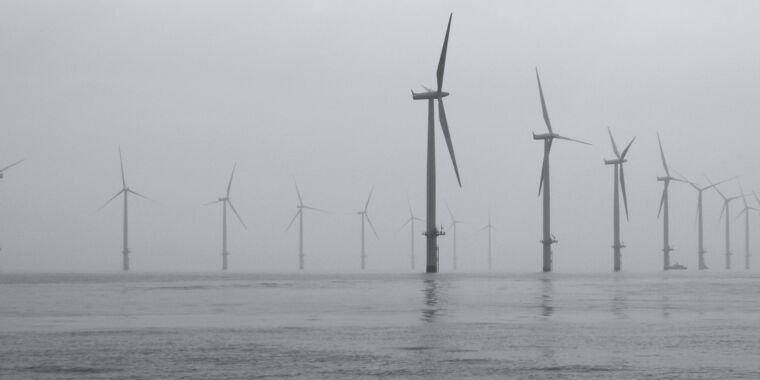 Once renewable sources of electricity match or beat the cost of fossil fuel generation, everything changes. Now that the immediate financial benefit is as obvious as the long-term environmental benefit, utilities are turning their attention to how to make it work rather than debating whether it’s worth the investment. Solar and onshore wind technologies have reached this point in recent years, but the unique challenges of offshore wind require different solutions that take time to mature. Governments have provided some subsidies to encourage that progress, and global capacity grew to 28 gigawatts last year. But those subsidies make it more difficult to calculate how close to cost-competitive offshore wind has come.

A team led by Malte Jansen from Imperial College London has compared 41 offshore wind projects in Europe up to 2005. The researchers’ analysis suggests that offshore wind, at least in Europe, is on the cusp of falling below the price of more traditional power plants. †

Because of these differences, calculating the costs of offshore wind is not as simple as comparing new project bids with bids for natural gas plants, for example. In addition, detailed cost and revenue data is often not available because the bid is the only number that is made public.

To break this down, the researchers took each project’s public bid along with that country’s auction rules and calculated the revenues at monthly market prices for a 25-year lifespan. That requires the use of projected future prices for electricity, but that is true of traditional calculations for any power plant. At the end, they get an average electricity cost from each offshore wind farm, as well as the total estimated subsidy. Subsidies are calculated in two ways: one in case utilities are responsible for the construction of network infrastructure, and one where countries largely fund the network.

Bids to supply electricity in these auctions ranged from €0 to €150 per megawatt hour, with that value determining the minimum guaranteed price. The €0 bids came from recent auctions in Germany and the Netherlands, and they represent utility companies confident in their unsubsidized earnings selling at wholesale market prices.

The researchers’ estimates for the actual yield of these wind farms amounted to €50-150 per megawatt hour. But the interesting thing is the downward trend over time – a decline of about 6 percent per year over the period, and up from 12 percent per year if you start with 2015. For wind farms that won’t start up until after this year taken, the range drops to $50-70 per megawatt hour. And $50, the researchers say, is at the “bottom of” [cost] estimates for fossil fuel generators.”

This means that subsidies also decrease over time. In fact, the average is on track to reach zero by 2025. And if electricity prices rise not at all In the coming years, a number of wind farms already offered will appear to be subsidy-free in the final settlement. The researchers call this a success story.

“Policymakers can take the rapid price declines shown here as evidence that offshore wind will perform as a low-cost and low-carbon technology in the future. Hence, the initial expenditure on support schemes has been successful in helping to create a new industry,” they write. “Building on the success story, policymakers may want to expand their focus to support less mature technologies such as floating offshore wind, which would allow access to deeper waters with higher wind speeds. These technologies are currently in a less mature stage, but could be vital. interest in harnessing the world’s best wind resources.”