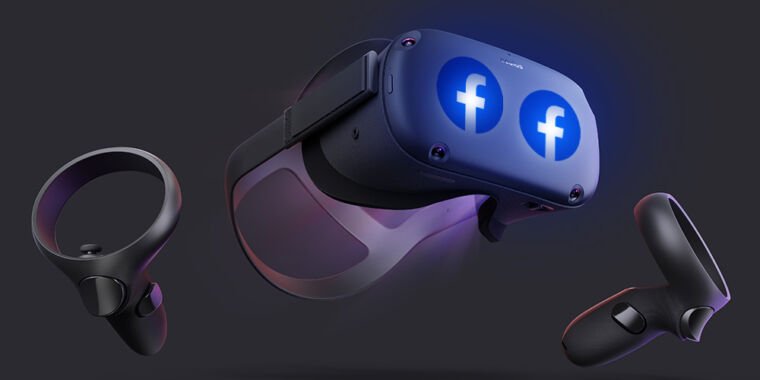 The next generation of virtual reality headsets remains unclear, but the VR software ecosystem has just reinforced an unsurprising — and potentially unwanted — requirement for a large number of users.

Starting “in October,” anyone new to the Oculus VR ecosystem will be forced to log into devices with a Facebook account, rather than creating a separate Oculus-specific account and logging in. If you already have an Oculus account (which is free and does not require an Oculus headset), you can continue to use those credentials for existing headsets until January 1, 2023. At that time, all connected Oculus services will not work without a Facebook account.

[Update, 4:40pm EDT: After this article’s publication, a Facebook representative clarified to Ars Technica that this restriction is even more severe than we previously understood. “All future unreleased Oculus devices will require a Facebook account, even if you already have an Oculus account,” the representative wrote.]

While Oculus’ official announcement begins by trumpeting how this change will improve the Oculus VR experience, it ends with the exact kind of information sharing and tracker-heavy deluge that many Facebook critics fear:

Since its massive Kickstarter-backed launch, Oculus has maintained its own login system, allowing users to manage digital licenses, friend lists, and other VR-specific content. But Facebook, which acquired Oculus in 2014, eventually asked VR users to link their Facebook credentials to their accounts. While that process was routinely described as completely optional, Oculus has begun to associate certain content, especially “social” sharing features like gameplay videos, with connected FB credentials.

The 2023 switch will bring little good news for anyone who doesn’t have a Facebook account. At that point, your Oculus-made headset essentially becomes an offline device in terms of the Oculus Store, which is troubling news for anyone who’s bought the headset and plugged in software licenses on the assumption that the devices could endure Facebook-free for years to come. . The good news is that this move probably won’t affect Oculus users investing in storefront purchases like SteamVR or Windows Mixed Reality, as those platforms are open to Oculus headsets (although the same can’t be said for non-Oculus ones). headsets that can access the Oculus Store, as they still require fan-made workarounds, such as Revive).

A link to your Past

If you’ve enjoyed Oculus Quest’s “Link” functionality, which connects that popular, wearable headset to high-end PCs, this will also be affected by the Facebook requirement, as Oculus Link relies on the Internet-connected software suite of the headset.

Facebook insists this change is essential for “social features,” but the list doesn’t seem to mention anything that would specifically benefit game development or usability. The announcement also makes it abundantly clear that Facebook will access data based on your use of the device and associate that information specifically with your Facebook account, with no indication that users can tell Facebook to stop tracking things like ” your VR activity, such as what apps you use” or “information about your activity on other Facebook products, such as pages you like and groups you join.”

Oculus could very well bring this news out ahead of major Facebook-related announcements for the Oculus hardware and software ecosystem, as rumors and device images indicate. a refresh of the popular Oculus Quest headset coming sometime in September† [And as our updated introduction has since clarified, this means whatever Oculus has in store on the hardware side will require Facebook credentials to operate.] We expect Facebook’s experiments with VR social spaces to also get an update by then, which we last saw in 2019 in the form of Facebook Horizon.