Oculus’ next step? An untracked $200 wireless headset for next year [Updated] |Techilink 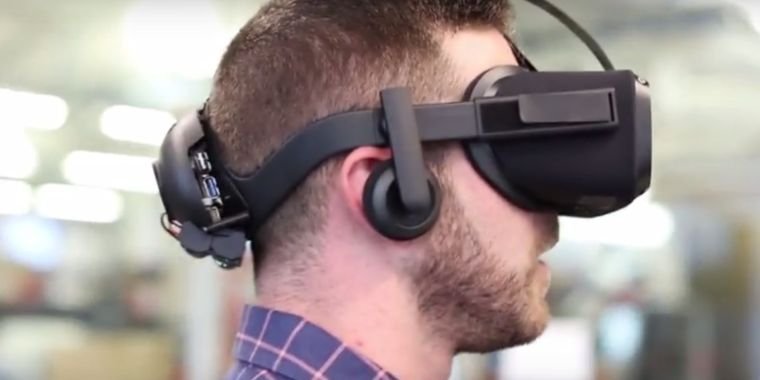 [Update: An Oculus representative provided Ars with the following statement: “We don’t have a product to unveil at this time; however, we can confirm that we’re making several significant technology investments in the standalone VR category. This is in addition to our commitment to high-end VR products like Oculus Rift and mobile phone products like Gear VR.”]

Oculus is working on a $200 standalone headset that will serve as a bridge between cellphone-based VR holsters like Samsung’s Gear VR and PC-tethered high-end VR headsets like the Oculus Rift, according to a new report from Bloomberg. According to the report, the headset, codenamed Pacific, will launch in 2018 and be shown to developers in October, when Oculus holds its annual Connect conference.

Bloomberg quotes “people familiar with its development” as saying that the Pacific headset will be powered by a Snapdragon mobile processor and will be “more powerful” than the mobile-based Gear VR. The standalone device “looks like a more compact version of the Rift and will be lighter than Samsung’s Gear VR headset,” the report said. The latest Gear VR weighs just 11.4 grams, although the Samsung phones used to power the screen and tracking add a few more grams to the weight.

Like the Gear VR, the Pacific headset only tracks the directions users look, and doesn’t track the user’s movement through space. A “future version” will include that full tracking capability, the report said. Hand tracking isn’t built into the device either, according to the report, with a Gear VR-like tilt-sensitive remote used for interactions.

At Oculus Connect last year, the company showed off a prototype wireless version of the Rift that used “inside-out” tracking embedded in the device itself rather than tracking via cameras connected to a tethered PC. Speaking at that conference, Facebook CEO Mark Zuckerberg said the kind of tracking is “one of the most difficult problems in computer science… We have a demo, but we don’t have a product yet. … an entirely new category of virtual reality products.”

“We want hardware with a lighter form factor,” Zuckerberg added at the conference keynote last year. “That’s smaller. That can do both VR and AR. That can do eye-tracking, hand-tracking.”

A cheaper, lower-power wireless headset could be a good way for Oculus to spark interest in its technology. While analysts estimate that Samsung shipped millions of its relatively cheap Gear VR headsets (many via free giveaways with pre-orders for Galaxy phones), estimates for Oculus Rift sales are still in the low hundreds of thousands over a year. after launch.

Oculus recently cut the price of its Rift and Touch controllers for the second time this year. The bundle is now selling for half the price it did just five months ago. This could indicate that Oculus is struggling to convince people to pay a premium price for its premium product.

Oculus’ proprietary wireless headset can leverage the company’s existing relationship with Samsung, which uses Oculus technology to power the wireless Gear VR. It’s not hard to imagine that Oculus’ existing mobile store, built with Gear VR titles in mind, could be easily modified to provide an existing base of content that would also work on its own standalone headset. Company.

Standalone wireless headsets seem to be the current hot ticket in the still burgeoning field of VR headsets. Google announced in May that it was working on its own “reference design” for a standalone virtual reality headset, complete with a new camera system that will allow for full positional tracking and even augmented reality mapping of complex spaces. HTC and Lenovo were announced as partners to create consumer versions of that design.

Samsung is also reportedly working on its own standalone VR headset, according to recent leaks from third-party developers.