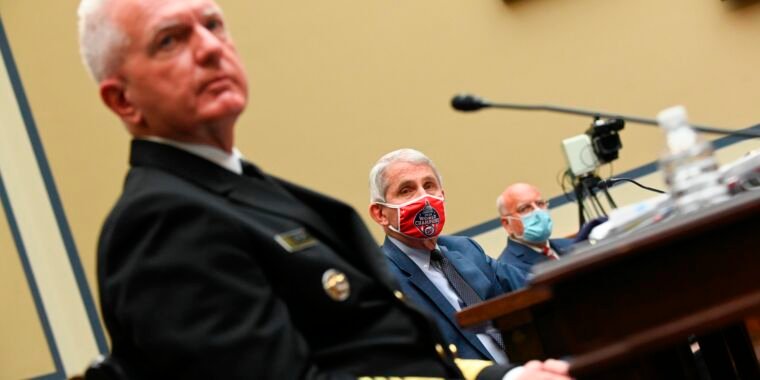 Intense backlash from medical and infectious disease experts continues over revisions to the US Centers for Disease Control and Prevention’s COVID-19 testing recommendations, which begin this week to discourage testing for people exposed to the virus but not showing symptoms.

In a joint statement late Wednesday, the Infectious Diseases Society of American (IDSA) and the HIV Medicine Association (HIVMA) called for “the immediate reversal of the abrupt review” by the CDC.

In a separate statement, Susan Bailey, president of the American Medical Association — the nation’s largest organization of physicians — called the review of the testing guidelines “a recipe for community spread and more coronavirus spikes.”

Bailey further noted that the CDC should provide fact-based reasoning when it changes its guidelines — which it usually does. “We urge CDC and the Department of Health and Human Services to release the scientific justification for this change in testing guidelines.”

The IDSA and HIVMA agreed with the CDC’s need for evidence-based guidance, but took it a step further by saying the evidence does not support the CDC’s new guidelines.

“There is clear evidence that asymptomatic individuals play an important role in transmission,” the two organizations wrote. “Identifying individuals infected with COVID-19 – even if they are asymptomatic – is critical to support appropriate isolation and identification of contacts, limit the spread and maintain the data-driven, comprehensive picture of the spread. in the community needed to inform effective public health responses. †

The statement went on to acknowledge the testing difficulties that have plagued the country’s response to the pandemic — shortages of supplies and limited testing capacity. But the two groups say such restrictions are no excuse for changing guidance. †[A]Our goal should be to expand testing capacity so that all recommended individuals can be tested, including asymptomatic people who have been exposed,” they wrote.

The two expert groups concluded with a resolution to break with the CDC and continue recommending testing for asymptomatic, exposed people. “Testing asymptomatic individuals exposed to a person with COVID-19 remains a critical, evidence-based strategy to contain the pandemic and reduce transmission,” the statement said.

In a news conference Wednesday, Admiral Brett Giroir — assistant secretary of health in the Department of Health and Human Services and leader of the diagnostic tests for COVID-19 — defended the change, emphatically denying that it was made under political pressure from President Trump, who has proposed delaying national COVID-19 testing to avoid reporting large numbers of cases. Giroir told reporters that the revisions came from him and the CDC and were guided and approved by the experts of the White House Coronavirus Task Force.

But Anthony Fauci, director of the National Institute of Allergy and Infectious Diseases and a key expert on that task force, contradicted Giroir’s statement. In an interview with CNN, Fauci said he was undergoing surgery to remove a polyp on his vocal cord when the revisions were discussed and that he did not fully support them.

“I was under general anesthesia in the operating room and was not part of any discussion or deliberation about the new testing recommendations,” Fauci told CNN on Wednesday.

“I’m concerned about the interpretation of these recommendations,” Fauci said, “and I’m afraid it will give people the wrong assumption that asymptomatic spread isn’t a major concern. In fact, it is.”