“Not really!” States are not ready for Trump’s phased reopening, experts say | Techilink 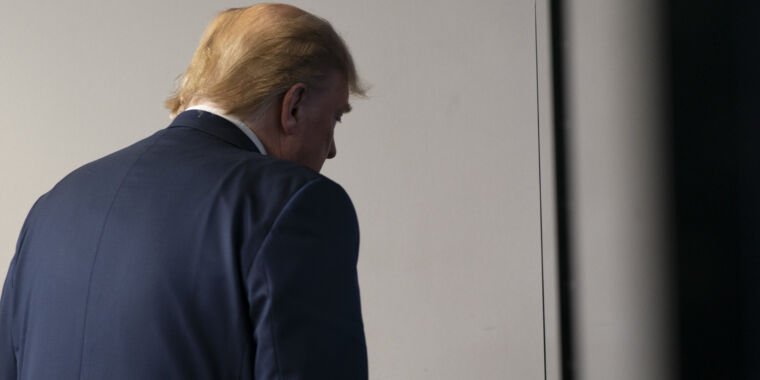 The guidelines, unveiled on Thursday, aim to prevent a second overwhelming wave of disease by easing restrictions in three progressive phases. Each of those phases is gated, meaning that a set of criteria must be met before a state can enter a specific phase. Those gate criteria include states with two-week “downward trajectories” of confirmed COVID-19 cases and reports of infections with symptoms similar to COVID-19. States must also have the hospital capacity to treat all patients without “crisis care” and have a “robust” testing program.

The guidelines further outline the key “preparedness responsibilities” each state must maintain during the phases. This criterion includes the ability to test all symptomatic cases and trace their contacts; setting up sentinel stations for asymptomatic cases; an adequate supply chain of personal protective equipment (masks, gloves, gowns, etc.) for healthcare professionals; and to have plans to protect at-risk workers and members of the public, such as health professionals, the elderly in residential facilities, and workers and members of the public using public transportation.

The guidelines are not binding, and President Trump left governors open about how and when to apply them to their states. This more hands-off approach is a reversal of Trump’s earlier claim that he had “total authority” to ignore governors and reopen states.

The measured guidelines are also notable in that they do not contain fixed timelines or dates. In recent weeks, Trump has been pushing for states to reopen before April 12 and — after that date has passed — May 1. Public health experts criticized the suggestion, arguing that easing distancing measures should be driven by data and access to resources to quell flare-ups — not artificial deadlines.

But despite the unspecified timing in the guidelines, Trump still suggested several states could reopen soon — some “literally tomorrow,” he said Thursday. Experts disagreed.

Barry Bloom, a distinguished professor of public health at Harvard, praised the Trump administration’s plan in general. “It’s quite a thoughtful plan,” he told reporters late Thursday night in a media appeal. He praised the phased nature of the plan, the continuation of some distance measures and the use of a data-driven timeline instead of hard deadlines.

But Bloom noted that the plan was vague on many decisions, including the gates. A two-week decrease in cases is a short period of time for this disease, as there can be a two-week delay between an infection and the return of test results.

The plan also offers no guidance on what to do if a state experiences a disease recurrence, whether through undetected spread of disease or the introduction of new cases through travelers. The latter has been a particular problem for many places with relaxed restrictions, such as Hong Kong and Singapore.

In addition, “the plan assumes that testing will be at a level that does not exist at this time,” Bloom said. He, like many experts, has repeatedly noted that the country’s testing and contact tracing capacity is below what is needed to adequately detect and stop the spread of disease.

William Hanage, an epidemiologist at Harvard, largely agreed. “There’s a lot to like about this plan, including its step-by-step thinking and thoughtful nature.” But he added, “the glaring problem in it” remains the problem of testing.

While it’s impossible to say exactly how many tests we should or can take on a daily or weekly basis, Hanage notes that the World Health Organization suggests that countries aim to do enough tests until only 10 percent or less of the tests come back positive. Currently, the US generally has a positive rate of 20 percent. However, this is difficult to interpret because different sites have different levels of infection and access and testing criteria. For example, places like New York and New Jersey are inundated with cases — and positive test results — while others experience more sporadic cases that encourage less testing.

“We may have an imperfect picture of the state of the pandemic in different parts of the country because it’s hard to know if we’re measuring actual underlying infections or testing capacity,” Hanage said. It’s hard to untangle this, he added, but clearly we need more testing.

Furthermore, we are also hopelessly unprepared to perform contact tracing, which is critical to stopping transmission at the beginning or end of an outbreak.

When asked whether a state should be confident going into phase one of the government’s plan, Bloom replied “no.” Hanage completed the answer: “Hell no!”