Not many sourdough starters: our short breakaways amid ongoing COVID chaos |Techilink 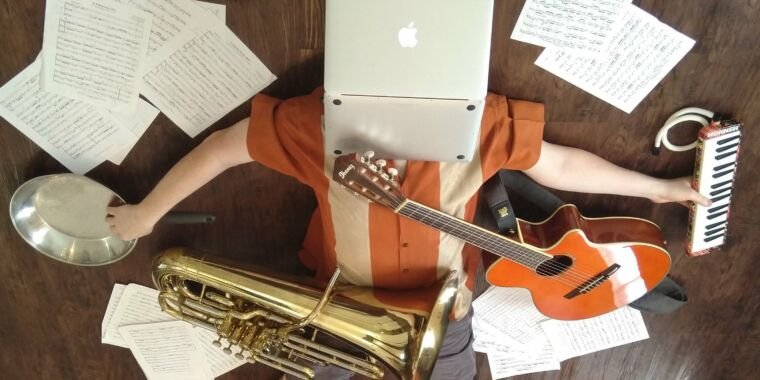 Let’s not mince words: 2020 was an extremely difficult period. It sucks, to be honest. We’ve been three months into a viral pandemic that continues to kill thousands, both in the United States and abroad, and now countless cases of police brutality against black Americans have prompted protesters to take to the streets despite the underlying health risk. (and the potential for more violent interactions with law enforcement officers). To make matters worse, no one has any idea what a post-pandemic society will look like.

Our lives have inevitably changed forever, and we haven’t even reached July yet. So every now and then we all need some temporary rest that we can find. Of course, COVID-19 has also put an end to some of the most basic kinds of hobbies of the past: sports, dining out or hosting guests, travel, etc. But it hasn’t sucked all the relaxation out of the world yet, judging by at least by some weekend hobbies still clamped tightly around Orbital HQ.

I am a serial hobbyist, start new hobbies and give them up when I get tired of them. Hence my coin collection that has been untouched for most of the past decade and the empty aquariums in my garage. But one hobby I’ve kept and invested more time in since the pandemic reared its ugly head in the US: smoking meat.

I bought a kamado grill in 2008 and over the past 12 years I have improved my grilling and smoking skills. In addition to the lump of hardwood charcoal, I have cherry, apple, hickory, oak, and mesquite on hand. While I have a few store-bought rubs (one from Moonlite Bar-BQ in Owensboro, Kentucky, and one from The Loveless Cafe in Nashville), I prefer to make my own using the 8+3+1+1 formulation of Alton Brown.

I’m no expert, but I’ve seen some improvements lately. First, I make sure my poultry is brined. I’ve made this bacon-wrapped turkey breast recipe twice in the past few months, and the brine soothed my biggest problem with the dryness of smoked turkey breast.

Second, I reduced the amount of smoke. I try to use just enough so that the smoke from the added logs disappears about a third of the cooking time. This results in a nice balance between the taste of the meat and the smokiness.

Since the pandemic started, I’ve smoked turkey breast, pork shoulder, chicken wings, and a roast. The chuck roast was amazing – it was about 3.2 pounds and took 7.5 hours of smoking including spritzing with beef stock for the first three hours on the smoker. The result can best be described as ‘pulled beef’.

The other benefit of smoking is that it is time consuming, giving me something to do on a Saturday, when I would otherwise be coaching a referee or watching one of my children play at a local rugby field. That’s basically what I’m going to do this weekend. I have two racks of St. Louis Ribs that will be on the smoker all day. Here’s the recipe if you’re interested.

One of my hobbies is cycling, but due to the pandemic, I added a related project to it: rebuilding an old bike. Over 25 years and many thousands of miles ago, I bought a Trek 1200 road bike. Over time and a number of moves, things got a little out of sync, and overcrowded New York City apartments made it difficult to do basic maintenance. With all those miles, a few parts needed to be replaced. It still worked, but not particularly smoothly.

So a few years ago I got a modern replacement, and that was… incredible soft. But I kept the old one around in case I didn’t want to risk my latest and greatest. And in the naive hope that I might have some time to spare during the pandemic, I found a reasonably priced set of parts for it on eBay. Would it be possible to buy an acceptable new bike for the amount I spend to refurbish the 1200? Probably. But all those miles left me a little attached to the old ride.

I’m now about halfway through putting together my hybrid of new and old. Hopefully I’ll be able to take it for a ride in a month or so – and it will be just as smooth as when I first bought it.