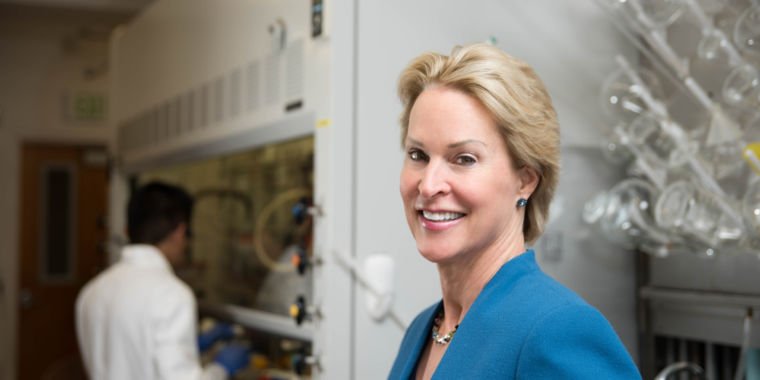 Evolution is a powerful creative force – just look to life all around us for proof. And humanity has harnessed that creative process to produce a vast variety in our domesticated animals and crops. But it has been a long-term project, involving many generations and the many years that they take.

This year’s Nobel Prize in Chemistry goes to three researchers who have figured out how to make evolutionary processes work for us at the level of individual molecules and accelerate them so that results are available in weeks or months rather than years. The results include proteins that catalyze the formation of chemical bonds that life has never created and antibodies that can bind to any molecule of our choice. These results have already found their place in industrial manufacturing and medical treatments.

Half the prize goes to Frances Arnold of Caltech for the development of directed evolution of enzymes. The goal of directed evolution is to create an enzyme, or catalyst, that performs a chemical reaction of our choice, even if that reaction is completely useless to the organism in which the enzyme evolves. not done systematically prior to her work.

It starts with choosing the right enzyme to use as an evolutionary feedstock. Arnold acknowledged that even for cases where the reaction is not performed by known living things, there are often related reactions catalyzed by known enzymes. In many cases, these enzymes may have a little bit of the catalytic activity we want, which is the starting point for evolution.

From there, you have to make random changes to the DNA that codes for the enzyme to provide opportunities for enhanced function. Arnold’s lab developed two methods for this. One was to make them really random, which was accomplished by copying the DNA using an enzyme that was prone to errors (removing the ability to recognize when it was using the wrong base). Another was to focus random mutations where they were most likely to have an effect — in the active site that binds to chemicals and catalyzes reactions. Another research group developed a third: mix and match parts of different related enzymes from different species.

These approaches provide the variations that evolution can work on. But the key to evolution is selection – finding those few specimens within a sea of ​​variety that do what you want. To demonstrate her approach, Arnold chose a simple goal: to digest a protein that is colored. As a result, any bacteria carrying a variant form of the enzyme that digested the protein would be surrounded by a clear, colorless halo. These bacteria can then be selected as the starting material for a new round of evolution, introducing additional random changes, followed by a new round of selection.

Arnold showed that this could bring about a variety of changes. During repeated rounds of selection, enzymes were developed that could act at higher or lower temperatures – or in one case, both high temperatures and low temperatures. By gradually increasing the concentrations of a powerful industrial solvent over several generations, another enzyme was developed that could still work in a mixture of 60 percent solvent and 40 percent water. Another enzyme was generated that could form carbon-silicon bonds, something that has not been observed in any living organism.

Arnold’s pioneering work has helped others discover how to run the process without the need for bacteria, speeding it up even further. And while the process still requires people to come up with a smart scheme to select for the catalytic activity they want, this hasn’t proved much of a barrier. Artificially involved enzymes are now used to produce biofuels, detergents, chemicals and pharmaceuticals. In some cases, entire pathways of evolved enzymes have been constructed to go from a simple starting material to a useful end product through several chemical steps.

George Smith of the University of Missouri, Columbia shares the other half of the prize for figuring out how to conduct a related type of evolutionary selection. His technique is called “phage display” and is based on the viruses (called phages) that infect bacteria. It overcomes one of the biggest challenges of the approach developed by Arnold: many of the proteins we want to work with are stored by default in the bacteria in which we make them. The chemicals we want to interact with, on the other hand, are kept outside the bacteria.

Phage display solves this problem by ensuring that both the protein and the genetic material encoding it are sent outside the cell and kept together in the same virus. The main breakthrough here was identifying a protein normally contained in the coat that covers the virus and finding a spot on it that can tolerate large-scale changes. The spot is essentially a loop on the surface of the protein, and you can greatly enlarge the loop without interfering with the virus. Smith realized that this would allow researchers to insert almost any protein they wanted into that spot in the gene, and the protein would appear on the surface of the virus that encoded it.

Smith went on to generate a variant of phage display called “biopanning,” named for the pans prospectors would use to separate the rare pieces of gold in a huge collection of pebbles. In biopanning, large phage pools are created with different proteins introduced and then passed over a material with a molecule of interest attached to it. Any phage that displays a protein that sticks to your molecule is preserved and can be used to infect new cells. After several rounds of this selection (with or without mutation), the resulting phages will all encode proteins with a high affinity for the molecule of your choice.

That can be useful for all kinds of things, from research to generating useful proteins. But medicine has found great use in using human antibodies to bind to specific proteins, as the immune system considers these antibodies normal and not a foreign protein to attack. Gregory Winter is sharing this half the prize for figuring out how to adapt phage display to work with antibodies.

Antibodies are actually large complexes of four molecules, two light and two heavy proteins. The part that binds to foreign material is at the interface between one light and one heavy protein, making it difficult to work with because the main feature of most antibodies – their specific targeting – is usually split between two proteins . Smith figured out how to take the key parts of the genes for these regions, combine them into a single gene, and then insert that gene into a phage protein. The resulting hybrid gene would ensure that the major parts of the antibody were exposed on the outside of the phage, available for the species selection Winter developed.

Isolating useful antibodies usually involved working with mice and multiple rounds of immunization over the course of months, followed by many cultures of mouse immune cells. Now an equivalent process could be performed in a week using phage display. Once isolated, the key parts of the engineered gene could be excised and spliced ​​back into a normal human antibody gene, creating the entire complex that the immune system worked with.

Of course, the pharmaceutical industry quickly recognized the potential of making antibodies that could bind to any molecule it wanted to target. (Monday’s Medicine Nobel gave some great examples of these kinds of useful targets.) The first antibody-based drug developed using this technique came on the market in 2002 and has since been joined by others.

If you’re reading all of the above about evolution, bacteria, and viruses, you might be wondering how this work may have paid off for chemistry. So it’s worth taking a step back and thinking about what’s really being accomplished by the techniques the winners have developed. If you didn’t use evolution to do it, designing a chemical that could bind to any molecule of your choice would eventually be called “materials science.” And if you offered a chemist the chance to develop a catalyst for one of many chemical reactions — one that would work at the temperature and solvent of their choice — you would make that chemist extremely happy.

All this is very definitely chemistry. It’s just that evolution solved a lot of chemistry problems long before we did.