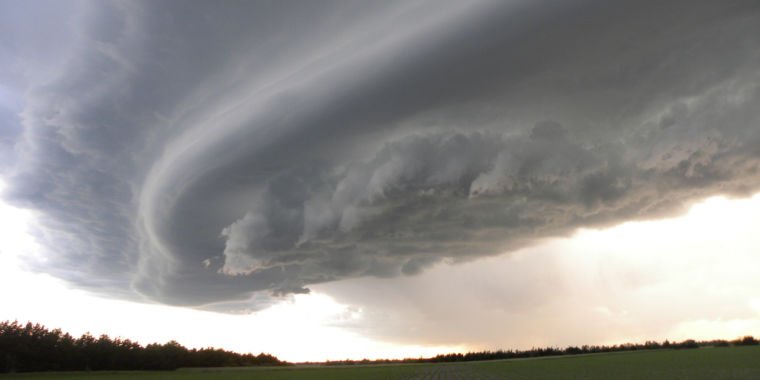 The country’s weather and climate organization NOAA has appointed a new director of its Environmental Modeling Center. This position essentially oversees the development of the US computer models used to predict the weather around the world. The new director is Brian Gross, who fortunately has extensive experience in the field, having worked at NASA and headed NOAA’s prestigious Geophysical Fluid Dynamics Laboratory.

Gross becomes the full-time leader of the NOAA Modeling Center at a critical time. The organization is about to radically change the dynamic core, or engine, of its primary weather model, the Global Forecast System. This GFS model is the basis of many, if not most, seven- and ten-day forecasts that consumers see in their weather apps or on the nightly news. It also provides critical forecasts for hurricane tracks and other significant weather around the world.

NOAA plans to make this change to what is known as the “FV3 dynamic core” as early as the end of January 2019. “This is the biggest change in the global model used in operations in about 40 years,” Gross told Ars in an interview. “We think the FV3 is going to set us up for a very bright future in terms of predictive power.”

Using an FV3 core should allow for a computationally more efficient model, meaning supercomputers should be able to process the model faster, and this should provide faster results and the capacity to run the model at higher resolutions in the future, faster supercomputers. The FV3 should also capture better details about the physical terrain of the Earth’s surface, such as a more accurate depiction of mountains.

But is the model better?

NOAA has been running the FV3 core in the background for about a year, comparing performance to the operational GFS model and “hindcasting” past weather conditions to assess performance. All told, the FV3 ran 8,000 prediction cycles — four cycles a day — for 2,000 days. All of this data has been made public in the past month. (It can be found here, along with presentations highlighting some of the model’s successes and failures). “One of the most exciting things is how deeply involved the community was,” Gross said.

The main finding is that yes, the FV3 core generally performs slightly better than the GFS model. The most widely accepted method of measuring the accuracy of a model is by scoring the “anomaly correlation”, a measure of its ability to accurately predict observations (a score of 1 is perfect) at the 500mb level of the atmosphere ( about 5.5 km above the earth). surface).

These aren’t bad scores, and it’s nice to see a modest improvement over the FV3, but it’s still not the best in the world. Globally, the FV3 model would still lag behind the best-in-class European model (0.910) and the UK Met Office (0.887). Essentially, the FV3 upgrade seems to bring the US model of the third or fourth best global weather model to the UK for the second best in the world.

Presentations held at a series of meetings in late September and early October highlight some of the positives and negatives of the new model. For example, the new FV3 model does not have the problem that the GFS model had with over-intensifying most tropical cyclones or sometimes generating tropical systems with two centers. The new model also showed some minor improvements in hurricane track accuracy over the first five days.

However, there were also some concerns. For example, the FV3 model had problems with the accuracy of hurricane tracks on days six and seven of the forecast period. The new model also seems to have a tendency to be too dry in some of its precipitation forecasts (this is a bit concerning as it could undermine rainfall from a storm like Hurricane Florence) and too cold with some of its nighttime temperatures.

In short, the new model isn’t perfect, and it probably won’t align the United States with the most important modeling center in the world, the European Center for Medium-Range Weather Forecasts and its ECMWF model. However, the new core does modernize the US global model and provides a foundation on which to make further improvements.

Perhaps most importantly, NOAA’s global weather model and associated data remain freely available to the public, with virtually no proprietary information. The same cannot be said of many of the other global models around the world, including the ECMWF, which charges users. “We will continue to make sure that we offer all of our users the same products,” Gross said.

For some people, that means hurricane predictions. For others, those are winter storm warnings. And for others, that’s the surfing conditions in Hawaii. While NOAA has revamped what’s under the hood, the end results should remain more or less the same and, we hope, more accurate than ever.