No, someone didn’t crack the code of the mysterious Voynich manuscript [Updated] |Techilink 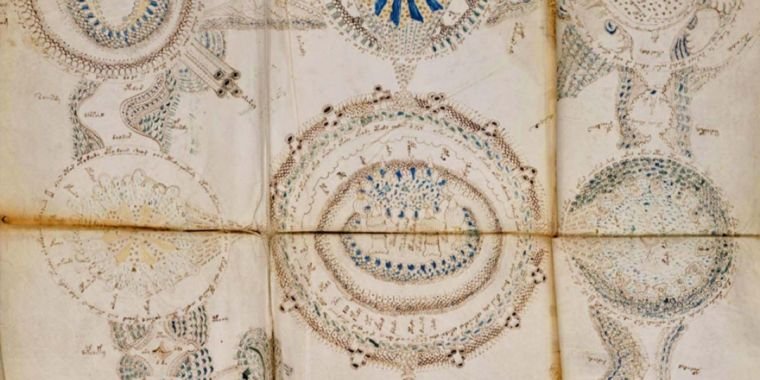 [Update May 17, 2019: The University of Bristol released a statement today retracting its press release claiming one of their researchers had successfully cracked the code of the Voynich manuscript:

Yesterday the University of Bristol published a story about research on the Voynich manuscript by an honorary research associate. This research was entirely the author’s own work and is not affiliated with the University of Bristol, the Faculty of Arts or the Centre for Medieval Studies. … When a member of our academic community has a paper published in a peer-reviewed journal, the University’s Media Team will determine whether the findings are of public interest. If they are, the team will communicate the research to the media and on our University website. Following media coverage, concerns have been raised about the validity of this research from academics in the fields of linguistics and medieval studies. We take such concerns very seriously and have therefore removed the story regarding this research from our website to seek further validation and allow further discussions both internally and with the journal concerned.

We leave it to the reader to ponder how an honorary research associate is a member of the university’s academic community, but his controversial research paper is not affiliated with the university in any way.]

The Voynich Manuscript is a famous medieval text written in a mysterious language that has so far proved undecipherable. Now Gerard Cheshire, an academic from the University of Bristol, has announced his own solution to the conundrum in a new article in the journal romance† Cheshire identifies the mysterious script as a “calligraphic proto-Romance” language, and believes the manuscript was composed by a Dominican nun as a reference source on behalf of Mary of Castile, Queen of Aragon. Apparently it took him two weeks to accomplish a feat that has eluded our most brilliant scholars for at least a century.

So case closed, right? After all, the headlines are already saying that the ‘Voynich Manuscript has been solved’, decoded by a ‘British genius’. Not so fast. There is a long, checkered history of people making similar claims. None of them have proven convincing to date, and medievalists are justifiably skeptical of Cheshire’s conclusions.

What is this mysterious manuscript that everyone is so excited about? It is a medieval handwritten text from the 15th century, dated between 1404 and 1438, bought in 1912 by a Polish bookseller and antiquarian named Wilfrid M. Voynich (hence the name). In addition to the strange handwriting in an unknown language or code, the book is heavily illustrated with bizarre images of alien plants, naked women, strange objects and zodiac symbols. It is currently kept in Yale University’s Beinecke Library of Rare Books and Manuscripts. Possible authors include Roger Bacon, Elizabethan astrologer/alchemist John Dee, or even Voynich himself, possibly as a hoax.

Another day, another dubious claim that someone “decoded” the Voynich Manuscript.

There are so many competing theories as to what the Voynich Manuscript is—most likely a compendium of herbal remedies and astrological readings, based on the bits that have been reliably decoded thus far—and there are so many claims that they have deciphered the text that they are practical. own subfield of medieval studies. Professional and amateur cryptographers (including codebreakers in both world wars) have bent over the text in hopes of cracking the puzzle.

One of the most questionable is a 2017 claim by a history researcher and television writer named Nicholas Gibbs, who wrote a lengthy article in the Times Literary Supplement about how he had cracked the code. Gibbs claimed he learned that the Voynich Manuscript was a women’s health manual whose strange script was really just a bunch of Latin abbreviations describing medicinal prescriptions. He provided two lines of translation of the text to “prove” his point. Unfortunately, the experts said, his analysis was a mix of things we already knew and things he couldn’t possibly prove.

Gibbs’ most outspoken critic was Lisa Fagin Davis, executive director of the Medieval Academy of America. “They’re not grammatically correct. It doesn’t result in Latin that makes sense,” she told The Atlantic Ocean at the time. “Honestly, I’m a little surprised that the TLS published… If they had just sent it to the Beinecke Library, they would have immediately refuted it.”

Gibbs’ motives were also questionable, as Annalee Newitz reported for Ars at the time. Gibbs said in the TLS article that he was doing his research for an undisclosed ‘television network,'” Newitz wrote. This research was probably intended to sell a television screenplay of his own.”

Last year, Ahmet Ardiç, a Turkish electrical engineer and passionate student of the Turkish language, claimed (along with his sons) that the strange text is actually a phonetic form of Old Turkish. That effort at least earned the respect of Fagin Davis, who called it “one of the few solutions I’ve seen that is consistent, repeatable, and results in meaningful text.”

Cheshire argues that the text is a type of proto-Romance language, a precursor to modern languages ​​such as Portuguese, Spanish, French, Italian, Romanian, Catalan and Galician, which he claims is now extinct because it was rarely written in official documents. (Latin was the preferred language of import). If true, that would make the Voynich Manuscript the only known surviving example of such a proto-Romance language.

“The alphabet is a combination of unknown and more familiar symbols,” he said. It contains no special punctuation marks, although some letters have symbol variants to indicate punctuation marks or phonetic accents. All letters are in lowercase and there are no double consonants. It also contains some words and abbreviations in Latin.”

Fagin Davis, of course, also had strong views on this last dubious claim, tweet“Sorry folks, ‘proto-Romance language’ is not a thing. This is just more ambitious, circular, self-fulfilling nonsense.” When Ars approached her for comment, she graciously continued. And she didn’t mince words:

As with most would-be Voynich interpreters, the logic of this proposal is circular and ambitious: it begins with a theory of what a particular set of glyphs might mean, usually because of the word’s proximity to an image that he believes he depicts. can interpret. He then searches any number of medieval Romance-language dictionaries until he finds a word that seems to fit his theory. He then states that because he has found a Romance word that fits his hypothesis, his hypothesis must be correct. His “translations” of what is essentially gibberish, an amalgam of multiple languages, are themselves more ambitious than true translations.

Moreover, the basic underlying argument – that there is such a thing as one “proto-Romance language” – is completely unfounded and at odds with paleolinguistics. Finally, his association of certain glyphs with certain Latin letters is equally groundless. His work has never received proper peer review, and its publication in this particular journal is not a sign of peer trust.

And she’s not the only skeptic. “The decipherment is limited to a few sentences and words, and I can’t find a translation of a longer passage. I’m not a medieval (Vulgar) Latin expert, so I can’t comment on the plausibility of individual words,” said Greg Kondrak, a natural language processing expert at the University of Alberta who has used AI to decipher the Voynich Manuscript. “The portion of the paper devoted to the names of the constellation seems to make the most sense, but the fact that those names are of Romanesque origin is well known and they appear to have been added to the manuscript after it was completed. of the individual symbols, a number of people have devised a mapping to Latin letters, but those mappings rarely match each other or match this proposal.”

So another day, another dubious claim that someone “decoded” the Voynich Manuscript. Look, it’s a fascinating subject, and it’s always nice to have an excuse to dive down the rabbit hole of medieval manuscripts, mysticism, and cryptography, enjoying all the different theories still being put forth about this mysterious treatise. . But a word of advice: the next time someone claims to have finally deciphered the Voynich Manuscript – from Class there will be a next time – take a deep breath and check with your local medievalist before you get excited about the claim glomming. (For an in-depth analysis of some of the problems scientists have with Cheshire’s work, see this blog post by JK Peterson on The Voynich Portal. UPDATE: Here’s a follow-up post.)

What would it take to convince scientists like Fagin Davis? She outlined her criteria a follow-up tweet: “(1) good first principles; (2) reproducible by others; (3) agreement with linguistic and codicological facts; (4) text that makes sense; (5) logical agreement between text and illustration. Nobody checked all those boxes yet.”