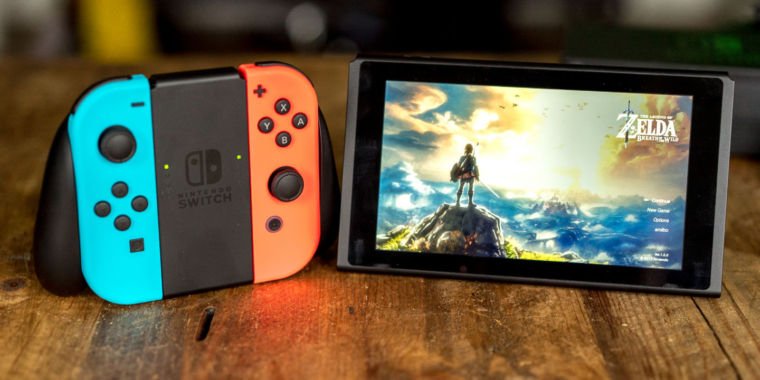 Since the Nintendo Switch launched on March 3, Nintendo has sold 2.74 million units — more than the two million it predicted it would ship by March 31. By April 2018, it hopes to have shifted nearly 13 million units in total, which would nearly equate to Wii U’s lifetime sales of 13.56 million over four years.

Sale of The Legend of Zelda: Breath of the Wild on Switch reached 2.76 million, confirming previous NPD reports that the game had a connection speed of more than 100 percent for hardware. An additional 1.08 million copies of the game were sold on Wii U. 1-2-Switch, it did note that the game “generated buzz”. Total software sales for the Switch are 5.46 million units.

While it’s far too early to say whether the Switch will outperform its predecessor in the long run, the console is clearly off to a good start. The Switch remains a rare sight among US retailers, with eBay prices hitting $400, although it’s easier to buy in the UK, with Amazon showing the console in stock for its next delivery. As a result of the Switch’s success, Nintendo’s profit for the year ended March 31 is up 14 percent year-on-year to 102 billion (£11.5 million, $9.1 million), surpassing the original forecast of ¥ 90 billion was surpassed.

The now-discontinued Wii U contributed somewhat to Nintendo’s profits, with software sales of 14.8 million units. However, that is a decrease of 46 percent year-on-year. Hardware sales fell 77 percent this year to 760,000 units. Despite Nintendo’s mobile push, the company did not provide any sales figures, instead noting that Super Mario Run “elicited a fantastic response,” while Fire Emblem Heroes“is enjoyed” by longtime fans and newcomers alike.

As for the mind-bogglingly discontinued Classic Mini NES? Nintendo didn’t update its sales – which reached 1.5 million units on April 14 – but instead noted that it had reached “widespread popularity.”