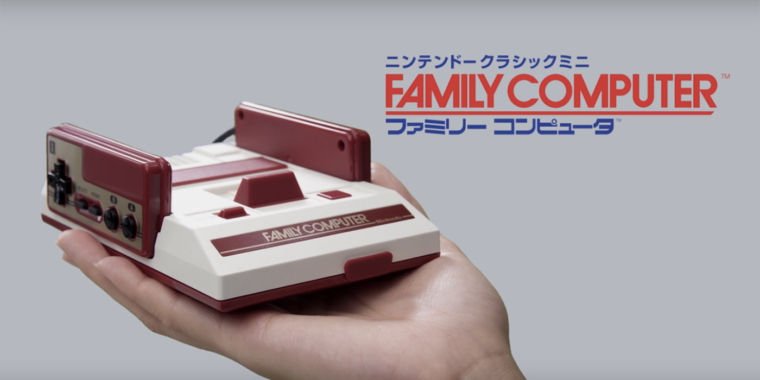 Interested in making lonely friends by importing the Japanese version of the Nintendo Classic Mini NES, the Mini Famicom? Unfortunately, you may have to wait a while to put on your smug. The Nintendo Classic Mini: Family Computer sold out within an hour of going on sale in Tokyo, Japan, and Nintendo has not yet announced when more units will go on sale.

Like the Mini NES, which goes on sale November 11 in the US and Europe, the Mini Famicom combines 30 classic Nintendo games with a small piece of emulator-based hardware, styled after the original 80s console. According to the FTSpeaking to the staff at the Bic Camera electronics store in central Tokyo, the Mini Famicom was picked up by “men in their late thirties and forties”, otherwise known as “the tail of Generation X”.

Even more bad news for fans of nostalgia: The Mini NES has sold out at most online retailers and Amazon UK is no longer taking pre-orders for the console. The Mini NES is available on the internet’s favorite scalping website, eBay, but for a price of at least £100 – a significant premium over the suggested retail price of £50. Additional controllers are also sold out on most sites.

In the US, Amazon will start selling the Mini NES on launch day, November 11 at 2 p.m. PT, for $60. However, the retailer notes that it will only have “very limited quantities” of the console, orders will be limited to one. per customer and one-click ordering is disabled.

“Demand is expected to be very high and there is no guarantee that it will be in stock for long,” reads an email from Amazon to interested customers. “We will make similar announcements when additional inventory becomes available.”

Suffice it to say that the Mini NES and Mini Famicom will be hot ticket items this Christmas. Order early if you don’t feel like having a sad girlfriend, boyfriend, wife, partner or child on Christmas Day.

Here are the 30 games included on the Nintendo Classic Mini NES: