Nintendo hopes “everyone” will own a Switch |Techilink 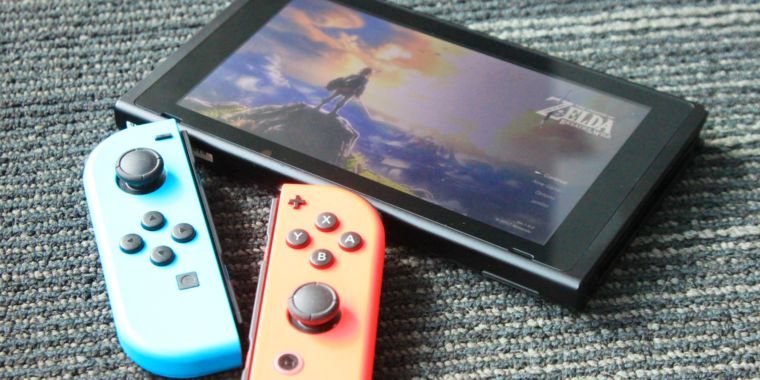 After selling over 13 million consoles in less than a year, the Nintendo Switch is undeniably off to a hot start. However, looking into the future, how long can we expect the Switch era to last before its inevitable successor comes?

In an investor Q&A posted this weekend, Nintendo seemed confident it could extend the Switch’s relevance beyond the usual cycle for a game console. “So far, the hardware lifecycle has been about five or six years,” Nintendo’s co-representative director and legendary designer Shigeru Miyamoto said in the Q&A. “But it would be really interesting if we could extend that life cycle, and I think you’re looking forward to that.”

Miyamoto mentioned the Switch’s portability and unique hardware features, as well as a strong pipeline of games and development talent, to explain that expected longevity. But there’s some evidence that the days of a five- or six-year console generation are already over for the entire market, not just the Switch.

The expected longevity of current-gen consoles has, of course, already been befuddled by the mid-generation upgrades of the PS4 Pro and Xbox One X. That aside, however, a “five or six-year” cycle would ensure that the full-blown successors to the PS4 and Xbox One will launch sometime this year or next – something very few industry viewers think is likely.

Looking at the longevity of portable consoles, the calculus changes a bit. It took about nine years for Nintendo to upgrade the industry-dominated original Game Boy with the minor improvements of the Game Boy Color, and another two or three years for the Game Boy Advance to hit the market. The Nintendo DS, 3DS, and PSP also all had lives at the higher end of the scale, lasting between six and seven years on the market before their successors rolled out.

Some might expect the Switch to have a shorter lifespan than usual, as the relatively power-efficient hardware will struggle to keep up with the kinds of games that will be available on competing consoles. However, Switch owners have already shown a desire for even smaller ports of year-old games, and graphics expectations for a mostly portable system may be lower than usual.

Part of Nintendo’s confidence in the Switch’s extra lifespan seems to stem from the idea that the system isn’t generally limited to one sale per household. “Our ultimate ambition is that a Nintendo Switch should not only be owned by every family, but by every person,” Miyamoto said in the Q&A. Only then, he said, will consumers “be able to take for granted that everyone has a Nintendo Switch, then we can create new and very Nintendo game genres, and Nintendo Switch can live a life separate from smart devices and other video game systems.”

This is not a new concept for Nintendo. Company Chairman Tatsumi Kimishima has said: multiple times in recent months he expects many households to buy multiple Switch consoles for individual family members. Miyamoto had the same vision for the Nintendo DS in 2009, telling The Economist that “instead of selling one device per household like the Wii, Nintendo wants to sell one DSi per family member.”

Selling more than one console per household isn’t a ridiculous idea for a successful portable console. The Nintendo DS sold 32 million units in Japan, a number that suggests many households had two or three units lying around. Today, it’s also not uncommon for every household member to have their own smartphone or tablet, although those general-purpose devices have quite different value propositions.

At this point, it’s easy to see why Nintendo has tremendous confidence in its new best-selling console. Whether the system can captivate the public well beyond 2022 or 2023, however, is another matter entirely.