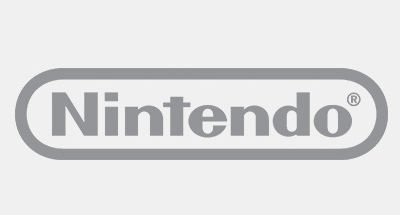 A Nintendo of America marketing specialist named Alison Rapp announced her resignation from the company on Wednesday — insinuating that the termination was related to “a whirlwind of controversy and [GamerGate] harassment.” However, Nintendo offered a firm rebuttal to that narrative, reaffirming its commitment to inclusive hiring practices.

“While Ms. Rapp’s firing follows her being the subject of criticism from certain groups via social media several weeks ago, the two are absolutely unrelated,” the company said in a statement to the press. “Nintendo is a company committed to advancing inclusion and diversity in both our company and the wider video game industry, and we firmly reject harassment of individuals based on gender, race or personal beliefs. We wish Ms. Rapp the best in her future endeavours.”

Despite Rapp denying any involvement in Nintendo of America’s translations, she was targeted by an online campaign. As in other recent anonymous, online publicity campaigns targeting so-called “social justice warriors,” the outcry over Rapp has centered on allegations of pedophilia — specifically over an essay Rapp wrote in college (which Kotaku’s Patrick Klepek described at length in a report on the essay and the surrounding controversy).

A cached version of a petition on change.org made its intent clear: “We need to send a message…harmful prospects for the world.” Meanwhile, notorious racist troll Andrew “weev” Auernheimer left comments on an anti-Rapp article to encourage readers (NSFW) to send complaints to Nintendo in specific ways: “be very respectful, act like a concerned parent, link to the pro-pedo statements she’s made, but which she clearly isn’t referring to [this site] or she will be able to dismiss it as a white supremacist conspiracy.”

Rapp took to Twitter to claim Wednesday’s firing was related to complaints sent to Nintendo over her college essay. Nintendo responded to various press outlets, claiming that the firing was in fact related to “violation of an internal company policy involving holding a second job that is inconsistent with Nintendo’s corporate culture”. Rapp later confirmed she had this second job “to pay off student loans” and didn’t clarify what that “anonymous” job was — though her own Twitter account pointed to a recent photo shoot.

Still, she claimed there was more to it. “Do you think if the industry wasn’t afraid of women, sex positivity, etc., the anonymous undeclared work I did would have been a problem?” she wrote. She also claimed that Nintendo reduced her public work after campaigns launched against her.