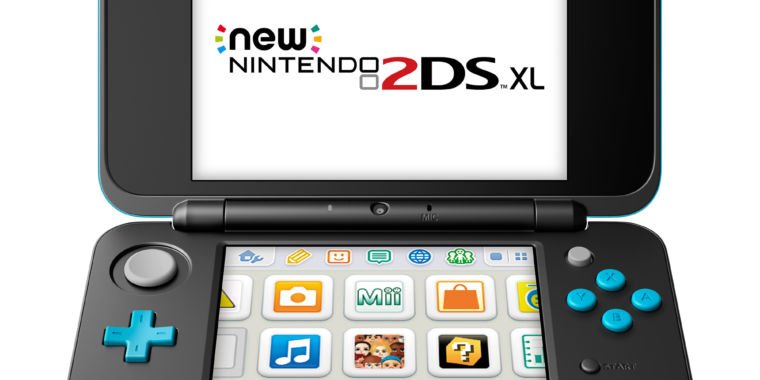 Like the look of the Nintendo Switch, but not yet old enough to party on a rooftop with impossibly attractive twenty-somethings? Today is your lucky day. Nintendo has unveiled the 2DS XL, an intermediate station between the kid-friendly and budget-friendly 2DS and the more expensive New 3DS XL. It hits stores on July 28.

The 2DS XL has the same upgraded hardware and second analog nub as the new 3DS XL, meaning it can handle more technically challenging games such as Xenoblade Chronicles 3D-but omit the rarely used 3D glasses-free functionality, which was the handheld’s biggest selling point at launch. It also ditched the 2DS’ odd, albeit robust wedge form factor in favor of a more traditional clamshell design.

Otherwise, save for a few minor design tweaks, including moving the front camera to the hinge, and some curvier angles, the 2DS XL looks a lot like its more expensive counterpart. Those in the UK and Japan can buy one in black/turquoise or white/orange, while American folks only get the black/turquoise option.

The launch of the 2DS XL follows comments from Nintendo earlier this year that it would continue to support the 3DS for the foreseeable future, despite the release of the Switch, which also offers handheld functionality. Going by the typically hair-raising lifestyle shots for the 2DS XL, Nintendo is targeting the handheld at a much younger audience than the Switch.

The dual console strategy has worked for the company in the past, but something tells me that despite the enthusiasm, the 2DS XL is the swan song of the handheld, not the second coming.