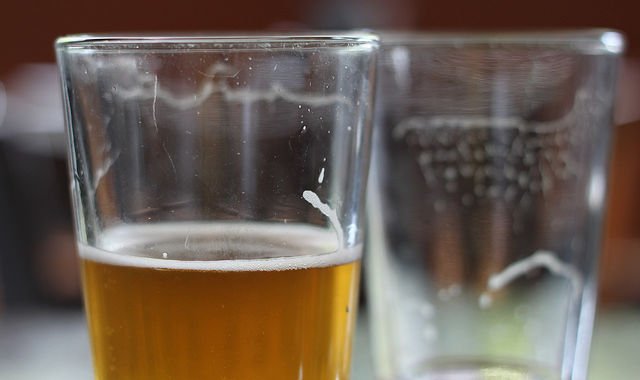 The National Institutes of Health has concluded a controversial $100 million study on the health effects of daily drinking, which was largely funded by the alcohol industry. The announcement comes after internal NIH investigations found evidence of scientific bias, policy violations and undue involvement by industry representatives.

The findings — announced by the NIH on Friday, June 15 — largely support recent press inquiries that suggested NIH officials and the study’s principal investigators had improperly provoked the industry, presenting the study as “necessary if alcohol is to be recommended.” as part of a healthy diet.”

Five of the world’s largest alcoholic beverage companies, namely Anheuser-Busch InBev, Diageo, Pernod Ricard, Heineken and Carlsberg, subsequently agreed to raise $67.7 million for the study. Those funds would be provided indirectly through a non-governmental foundation that raises money for the NIH.

“NIH has a strong policy that sets out standards of conduct for NIH employees, including banning gift solicitation and promoting fairness in grant competitions,” NIH Director Francis Collins said in a statement. “We take any violation of these standards very seriously.”

The study, the Moderate Alcohol and Cardiovascular Health (MACH) study, began enrollment on February 5, 2018 and was designed to enroll 7,800 participants at 16 locations around the world. Researchers had to assess over a 10-year period whether a single serving (about 15 grams) of alcohol per day could provide health benefits, such as lowering cardiovascular disease, compared to no alcohol consumption.

But on May 10, the NIH suspended enrollment pending the results of the internal investigations conducted by the Director’s Advisory Committee (ACD) and the NIH Office of Management Assessment (OMA). The investigations were commissioned by Collins after he became aware of the media’s findings.

In the ACD’s draft report (PDF), researchers looked at the early interactions between employees of the NIH’s National Institute on Alcohol Abuse and Alcoholism (NIAAA), the MACH researchers, and representatives of the alcohol industry:

There was early and frequent engagement between these parties, which appears to be an attempt to persuade the industry to support the project. Several NIAAA employees were hiding important facts from other institute employees and the FNIH. The nature of the collaboration with industry representatives casts doubt on the impartiality of the process and thus casts doubt on whether the scientific knowledge gained from the research would be feasible or credible.

In addition to the inappropriate pursuit of funding, the sociable relationships also raised questions about the design of the trial.

Interactions between various NIAAA staff and industry representatives appear to deliberately bias the formulation of the scientific premise toward demonstrating a beneficial health effect from moderate alcohol consumption. Independent review of the study plan raised concerns that there are insufficient patients and insufficient follow-up time to allow meaningful assessment of cancer endpoints. The composite primary endpoint does not include heart failure. Thus, the trial can bring benefits while the drawbacks are missed.

In general, the ACD called for an end to MACH and for additional measures to be taken to prevent such problems from occurring elsewhere at the NIH.

Likewise, the OMA’s preliminary report suggested that a small number of NIAA employees may have violated federal rules, which prohibit NIH employees from soliciting funds or donations to support NIH’s activities. The OMA also found evidence that staff were circumventing standard operating procedures to ensure fair competition for NIH funding.

Before the investigation’s findings were revealed, NIAAA Director George Koob had critically examined his role in the design of the investigation and his long-standing ties to the alcohol industry. In heated exchanges with reporters, Koob defended MACH and strongly insisted that it was set up properly and that industry sponsorship was not an issue. Other academic researchers, meanwhile, had accused Koob of berating them and ignoring research projects deemed hostile to the industry.

In today’s announcement, the NIH noted that it will “take appropriate personnel action, but cannot comment on specific personnel matters.”

The NIH plans an orderly shutdown of MACH in the coming months. So far, $15.8 million of the planned $100 million has been spent on the trial. Of that, $11.8 million came from industry and $4 million was provided by the NIAAA. Last week, beer giant Anheuser-Busch InBev said in a letter that it was withdrawing its funding commitment, which would have totaled $15.4 million.