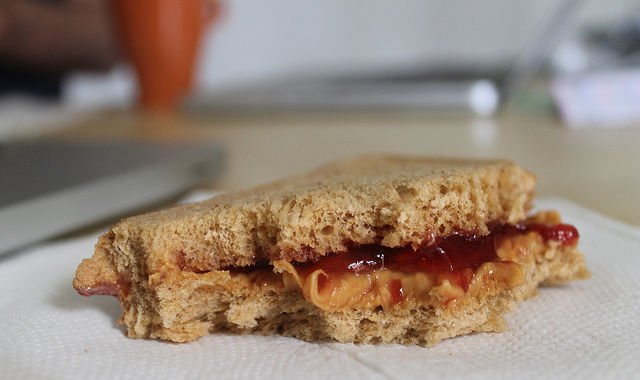 In recent years, peanut allergies among children have skyrocketed, creating lifelong sensitivities that can be deadly and banishing beloved PB&Js from lunchboxes everywhere. While the cause is still unclear, health experts are confident they’ve found the solution to the scourge of peanut allergies: peanuts.

Parents, pediatricians and other health care providers are now strongly advised to start feeding babies with peanut mixed foods to prevent allergies before they develop. Based on mounting evidence, experts think there’s a “window of time when the body tolerates food rather than reacting to it, and if you can teach the body during that time frame, you’re much less likely to have an allergy to that food,” told Matthew Greenhawt, a food allergy expert The New York Times.

As such, a panel of specialists from the National Institutes of Health, including Dr. Greenhawt, today released a new set of guidelines for throwing peanuts in that window.

The guidelines, published in The Journal of Allergy and Clinical Immunology (and co-published in several others), are divided into three sections, based on a child’s risk of developing a peanut allergy.

The babies in the high-risk category are those who suffer from severe eczema, an egg allergy, or both. For these little ones, the experts recommend that they start trying peanut-containing foods around four to six months of age — after solid foods have been introduced. This should be done in consultation with a healthcare professional, and it may be necessary or prudent to have the child undergo an allergy test, such as a skin prick test or an oral food challenge, before introducing the diet.

Babies with a moderate risk of developing a peanut allergy are children with mild to moderate eczema. For these kids, experts say nutty foods should be introduced around six months.

And low-risk children without eczema or other known food allergies should start eating nuts at whatever age their parents deem appropriate, based on preferences and habits.

Experts note that giving these young whole peanuts or pure peanut butter to children is a choking hazard and should always be avoided. Instead, parents should mix peanut butter into water, milk, or formula. They can also sprinkle peanut powder or nut butters into yogurt, applesauce, or other easy-to-swallow foods. Experts recommend that children get about six to seven ounces of peanuts divided into three feedings within a week. (Here are some instructions and recipes.)

That study led to an interim recommendation in August 2015 that introducing children at risk of peanut allergy to peanuts was safe and could reduce the risks.