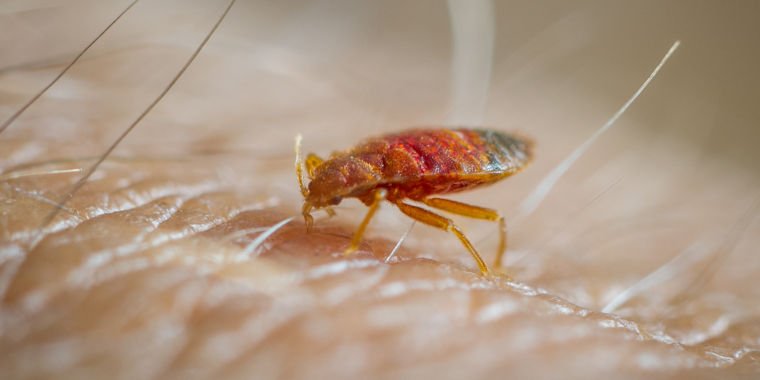 British Airways has apologized to a Canadian family who reported being eaten by a pack of bed bugs on an overnight flight from Vancouver to London earlier this month, CTV Vancouver reported.

Passenger Heather Szilagyi was flying with her fiancé and eight-year-old daughter when she said she saw several insects on the seat in front of her. Szilagyi said, as someone who had worked in the hotel industry, she was ready to identify them. But when she flagged down the flight attendant and asked to be moved, she got no help.

“She was like, ‘Oh okay, sorry about that. We’re sold out. We don’t have a place to move you,'” Szilagyi told CTV.

After the nine-hour flight, she said she and her daughter were covered in insect bites.

Szilagyi said she tried to contact customer service about the problem, but after many attempts, all she got was a recorded message that the line was busy. So she took to Twitter to post pictures of the bites.

British Airways got in touch a few days later with apologies and an upgraded return flight.

In a statement, the airline said:

We have reached out to our customer to apologize and investigate further. British Airways operates more than 280,000 flights each year and reports of bed bugs on board are extremely rare. Nevertheless, we are vigilant and constantly monitor our aircraft.