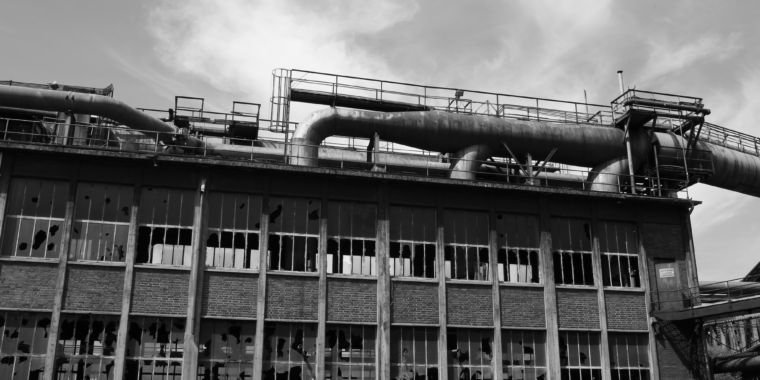 In late 2014 and early 2015, escalating tensions in New York City led the NYPD to initiate a slowdown in which the department performed only its most essential duties. That was expected to lead to an increase in crime, but a new analysis of official statistics shows the opposite: a significant drop in serious crime during the period of slowdown. Researchers are now arguing over what this tells us.

The delay came in response to a sequence of events following the July 2014 death of Eric Garner, who died while being held in a chokehold by the police officers who arrested him. This sparked extensive protests, which continued after a grand jury’s decision not to indict the officers involved in Garner’s death. Two weeks after that ruling, NYPD officers Wenjian Liu and Rafael Ramos were fatally shot by an anti-police extremist, and the NYPD responded by informally and collectively reducing their police work to the bare minimum.

This included fewer tickets and a huge drop in arrests. The action was attributed in part to precautionary measures, but there were also political motives: “The act was a symbolic display of force to demonstrate the city’s dependence on the NYPD,” write criminologists Christopher M. Sullivan and Zachary P. O’Keeffe in a paper inside Nature human behavior this week.

During the delay, police continued to respond to calls and arrests for major crimes (murder, rape, robbery, misdemeanor, burglary, grand larceny, and auto theft) remained consistent. But the number of arrests for minor crimes and narcotics fell, as did the number of stops. It took until mid-January for everything to return to normal.

Events like these provide rare opportunities to explore questions that could not be experimentally tested for practical or ethical reasons. So Sullivan and O’Keeffe looked at crime statistics for the length of the delay, and they found something surprising: Reports of major crime fell during the delay period.

Maybe people didn’t bother to call the police during the delay? That is perhaps the most obvious explanation. Perhaps public trust in the police has been damaged after this highly publicized incident of police brutality. Or maybe people knew about the delay and thought there was no point in reporting crimes – although it’s hard to believe that people would likely let things like burglary go unnoticed.

Regardless of possible motivations, the data suggests otherwise. The drop in serious crime didn’t happen after Eric Garner’s murder, during the protests, or after the decision not to press charges. In a similar seven-week time frame following the murder of Freddie Gray in April 2015, there was no comparable drop. So public confidence in the police does not appear to be the reason.

The decline also continued for the first few weeks after the delay and after public statements said it was over. This also undermines the idea that people did not report because they thought it was pointless. It is not possible to show conclusively that under-reporting does not explain the pattern, but it does not seem to be a particularly good explanation.

Another explanation could be that police brutality is an uncanny deterrent: that after a publicly disclosed incident of violence, people are less inclined to commit crime because they become more afraid of the consequences. Again, the exact timing of the crime drop corresponds to the slowdown rather than the incidents themselves, suggesting that this was not the case.

Proactive policing and his dissatisfaction

Sullivan and O’Keeffe suggest that the absence of police activity is itself the cause of the drop in crime. To explain this, they point to the idea of ​​’proactive policing’, suggesting that the police should not wait for a report to be made, but rather should patrol and constantly maintain order through petty crime policing, a strategy that popularized as the “broken windows” model. The idea behind it is that aggressive, low-threshold police action, such as stopping and issuing summonses, deters more serious crime.

But the authors claim the data suggests the opposite is true. “The results,” they write, “imply that aggressively enforcing petty statutes incites more serious criminal acts.” Sullivan and O’Keeffe think this kind of aggressive enforcement is more likely to “disrupt community life, which can diminish social control over group-level violence” rather than proactive policing to deter major crime. In other words, overly aggressive policing creates a degree of social disruption that actually leads to more crime – and the reduced proactive policing during the delay had a calming effect.

There is much to doubt here. As criminologist David Weisburd points out in a commentary in Wildlife news and views, “proactive policing” can result in a huge range of different strategies, some of which have data to indicate they work. It is difficult to draw a conclusion from the exact strategy employed in New York, in a specific city in a very particular political climate, and generalize it to other contexts. The natural experiment is “well-done social science, and in this context the results carry great weight,” Weisburd writes. But “we need experimental evidence,” he adds.

And other questions also arise, such as whether seven weeks would have been long enough for things to change – if the problem with proactive policing is the kind of social stress Sullivan and O’Keeffe point out, seven weeks is enough time for life to start knitting together again?

The research is an important contribution to an ongoing question. At this point, there are indications for proactive policing and others against. And the precise implementation of various proactive policing strategies will also need to be carefully studied. Given the monumental impact on many people’s lives, there is an urgent need for more research to add to the pile of evidence.