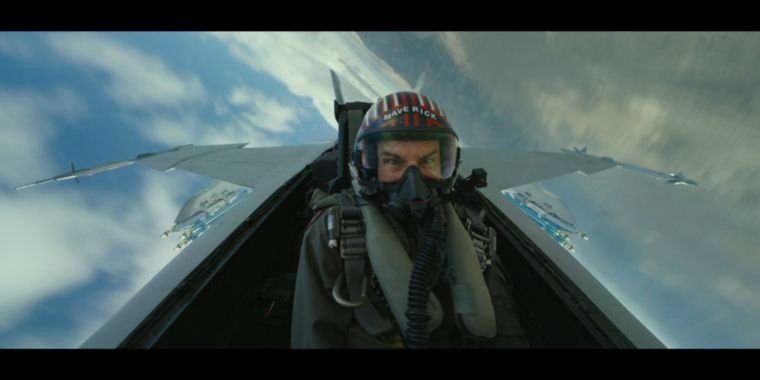 Do you remember where you were when the first official trailer for Top Gun: Maverick appeared on the internet in July? I do. I was on a plane, about to take off, and as I got a… lot of feelings about it I bravely swallowed them while Tech Culture Editor Sam Machkovech had all the fun. Well, Slack tells me Sam is still sleeping, and there’s a new trailer for the return of Top Gunso this time he can be mine wingman.

This summer’s trailer raised many questions. Why was Pete “Maverick” Mitchell still in the Navy decades after we saw him in the first movie? And what was that weird pressure suit he once wore? And can an entire naval aviation movie still be cool if all the planes are F/A-18 Super Hornets with their crazy-looking (and trailing) tilted pylons?

This new trailer will answer some of those questions, and of course there will be spoilers to some degree, so stop reading now if you want to avoid that before seeing the movie next year.

An admiral, played by Charles Parnell, has the answer to the first question: “They’re called orders, Maverick.” That weird pressure suit matches a weird looking stealth plane that Maverick gets to fly for some inexplicable reasons. The latter was a trick question, as there are at least two F-14 Tomcats (although one is a gatekeeper) and a P-51 Mustang getting airtime alongside the US Navy’s current workhorse.

There are some new things to see: air-to-ground counts as diversity compared to the first movie, but we also see women flying jets and also playing beach volleyball. But as has become the fashion with Hollywood and its inability to deviate from what worked the first time, there is plenty of fan service to be seen. Maverick rides his bike as the sun sets. Maverick and a special friend ride his bike as the sun sets. Guys playing ball sports on the beach. Air combat maneuver training in the desert. It’s all there and looks predictably beautiful.

There’s also a character that at first glance looks like a CGI-esque Anthony Edwards, but it’s not Goose, it’s his son Brad Bradshaw, played by Miles Teller. When he heard the news this morning, “his father left his mustache to his son before he died,” was all Senior Technology Editor Lee Hutchinson had to say.