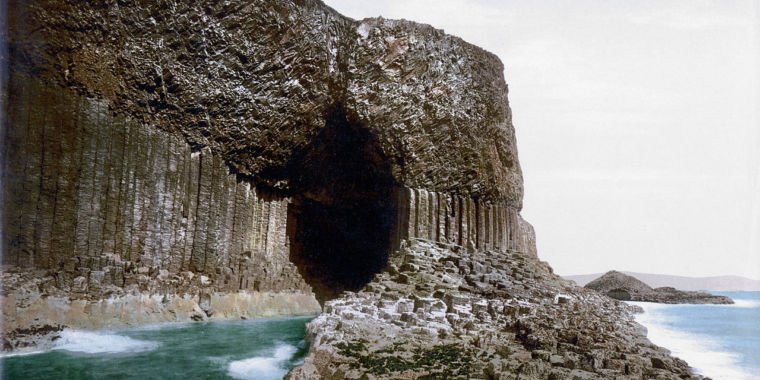 If we want to know what to expect from our climate as it continues to warm for centuries to come, it would be helpful to look at similar examples of climate change in Earth’s past. But there certainly haven’t been similar temperature swings in the instrumental record. Using indirect measurements, we can see that there probably haven’t been any since the last ice age. Even leaving that ice age is not particularly relevant; as the planet warmed significantly, it was driven by a complicated mix of orbital changes, greenhouse gases and melting ice.

To find a sudden warming caused entirely by greenhouse gases, you have to go back 56 million years to the Paleocene-Eocene Thermal Maximum (PETM). At the start of the PETM, a geologically sudden surge of carbon dioxide in the atmosphere caused warming and a major change in ocean pH. It took more than 100,000 years for conditions to return to normal. During that time, the extinction rate increased and many ecosystems were disturbed or shifted thousands of miles.

But understanding the PETM has proven challenging because it’s not clear how much carbon entered the atmosphere or where it came from. A new article in today’s issue of Nature takes existing information about carbon dioxide levels and isotope ratios and combines it with data about the amount of carbon dissolved in the oceans. The results provide a new indication of how much carbon entered the atmosphere — 10,000 gigatons — and suggest volcanoes left it there.

Somewhat disturbingly, however, the data reinforce previous indications that the PETM was relative slowly compared to our current carbon storm.

The Earth as a whole warmed during the Paleocene. It also underwent a series of “hyperthermals”, where orbital changes produced brief periods slightly warmer than baseline. Then, in a geological blink of an eye, there was a massive influx of carbon into the atmosphere, enough to destroy the prevailing ratio of carbon isotopes. Temperatures rose by at least 5 degrees Celsius and ocean acidification triggered an extinction event. While the warming lasted less than 20,000 years, the planet remained unusually warm for about 200,000 years.

Various sources have been suggested for that carbon. These include everything from a comet breaking up in the atmosphere to the release of methane trapped on the ocean floor. The different sources all have slightly different carbon isotope ratios, and so they should all provide different amounts of carbon dioxide to drive the observed changes in the atmosphere. There is uncertainty both in our measurement of carbon isotopes during the PETM, in our estimates of the temperature change it caused, and in the amount of carbon we think would be required to cause that much temperature change. Combine those uncertainties with the fact that more than one source could have been responsible, and you get decades of scientists arguing over the details.

An international team of scientists decided to tackle the problem using a series of constraints. One limitation is the temperature: you need enough carbon to raise the temperature by at least 5 degrees Celsius. Another is carbon isotopes. Enough carbon must be released to change those isotope ratios, although the exact value depends on the source.

To that, the scientists added a third limitation: oceanic pH. Carbon dioxide dissolves in the oceans, lowering their pH in the process. The amount of pH change tells us something about how much carbon dioxide has entered the atmosphere.

To get pH values, the authors turned to boron isotopes, which act as a proxy and track the pH of the oceans. They extracted these from the shells of organisms in a sediment core taken from a location in the North Atlantic. (The measurements at this single site are similar to those elsewhere in the world.) Their measurements show that pH fell by about 0.27 during the PETM, which is quite a large change considering the volume of the ocean.

To convert all these measurements into actual values, the authors turned to a coupled ocean climate model. They ran simulations of the climate at weekly intervals over the entire 200,000-year period of the PETM. At each step, the team determined whether the amount of carbon in the atmosphere could produce the required changes in pH, temperature and carbon isotope ratios. They would then adjust the carbon present based on these results and bring the simulation forward.

Overall, their final estimate is on the high side of previous estimates: 10,000 gigatons of carbon have been added to the atmosphere over the course of 50,000 years. That is, for the mathematically challenged, 0.2 gigatons per year. For context, people are currently adding 10 gigatons per year (we’ll get to the implications). Even at their peak, emissions only reached about 0.6 gigatons per year, although there may have been brief periods of even higher emissions.

That value, plus what we know about the carbon isotopes from different sources, enabled the team to identify a single, primary source of carbon: volcanoes. The PETM took place about the time the North Atlantic Ocean broke open, leaving large volcanic deposits preserved under the ocean, as well as in East Greenland, Ireland and the UK, including the famous Giant’s Causeway. Although the authors do not think volcanoes are responsible for all CO2 release, they were probably the source of more than 75 percent of it.

The most obvious cause for concern, given these results, is the relatively slow rate of carbon emissions that caused such radical climate and environmental change.

“To put this into perspective,” the authors write, “to approximate the CO2 emissions of PETM currently generated by fossil fuels, the onset of PETM would have to have occurred over a period of 200 to 500 years.” Instead, it cost more than 100 times as much. That makes the current rate of change unprecedented in what we’ve discovered of the geologic record. Earth could have done something so fast in the past, but we have not found any indication that this is the case.

The study also confirms that recovery of the PETM was a slow process. While warm conditions and high levels of carbon dioxide may have stimulated plant growth, the amount of carbon removed from the atmosphere as a result does not appear to have been significant. Instead, chemical weathering of rock and the burial of organic carbon in the ocean seem to have been the main causes of the removal of carbon from the atmosphere, a process that took more than 100,000 years.

That said, there are some small bits of good news here. First, the fact that volcanism has put a large majority of carbon in the atmosphere suggests that there are no major tipping points ahead in terms of atmospheric carbon. People have considered the prospect that warming could destabilize methane deposits in the oceans or release massive amounts of carbon through thawing permafrost. While this may occur to some extent, the fact that these sources do not appear to be necessary to produce the PETM suggests that it is difficult for a warming climate to release carbon from them on a global scale.

The other good news here is that the climate’s sensitivity to carbon dioxide doesn’t appear to be changing as the Earth warms. If it were to become more sensitive in warmer conditions, existing emissions would pave the way for future emissions to become much worse.

While the study suggests there are some limits to what to expect in the coming centuries, the past can tell us so much. As far as we can determine, Earth has never seen anything quite like the present.