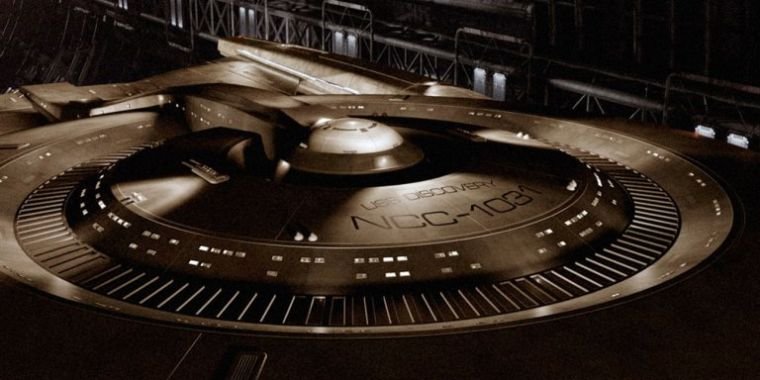 The most exciting news in years for Trek fans was the announcement that Bryan Fuller (Hannibal Pushing Daisies) took over as showrunner of a new CBS series called Star Trek: Discovery. But now the series premiere has been postponed to May 2017 after it was originally scheduled for January, and Fuller has parted ways with the project because he’s so busy with other work.

The divorce seems amicable. CBS says it’s still committed to the project, and Fuller rightly has his plate full of an upcoming american gods miniseries and a new one great stories show. Still, it’s not great to see such a visionary writer step away from a series that sounds so promising.

We already know that Discovery will focus on the crew of the USS Discovery, whose starship explored the galaxy before Kirk was the captain of the Enterprise. The lead role will be a female lieutenant commander who has not yet been cast, which is a source of concern for the studio. According to The Hollywood Reporter, other main characters include “an openly gay actor as one of the male leads (which Fuller confirmed), a female admiral, a male Klingon captain, a male admiral, a male advisor and a British male doctor.” rumors that the series will start with a mutiny, although that has not been confirmed.

Fuller is replaced by Gretchen Berg (Roswell Pushing Daisies) and Aaron Harberts, who were both executive producers on Discovery. respond to the news, Fuller tweeted, “Riker has disabled TNG for Captaincy for 7 years, @GretchenJBerg @AaronHarberts are ready. Glad to see them in command of the bridge.” They will likely be joined in the writer’s room by Akiva Goldsman (A beautiful ghost, Fringe). Fuller has already written the first two scripts for Discoveryand he will apparently stay on as executive producer to help set the tone and direction of the series.

In a statement, CBS said:

We are very happy with the creative leadership of Star Trek: Discovery and the strong foundation Bryan Fuller helped us create for the series. Due to Bryan’s other projects, he is no longer able to oversee the day-to-day business Star Trek, but he will remain an executive producer and will continue to chart the storyline throughout the season. Alex Kurtzman, co-creator and executive producer, along with Fuller’s production partners and longtime collaborators, Gretchen Berg and Aaron Harberts, will also continue to oversee the show with the existing writing and production team. Bryan is a brilliant creative talent and passionate Star Trek fan, who helped us chart an exciting course for the series. We are all determined to carry through this vision and look forward to the premiere Star Trek: Discovery this will be in may 2017.

It’s not entirely clear what actually motivated Fuller to leave outside of his full schedule, and CBS pushed for a May start date. Variety reports that the network has made $6-7 million per episode, which is a good amount, and they continue to tout it as one of their prized offerings for 2017. One problem for the public is that the series will be available exclusively on CBS’s streaming. service, with only the pilot airing on telecast. Fans were already bothered by this, because it means investing in a streaming service with a relatively pathetic offering and little track record in terms of functionality. As TV writer/producer Josh Friedman (Sarah Connor Chronicles) put it on twitter: “CBS will ask people to buy the entire season of the show with the first few eps conceived/written by Fuller and other eps by NotFuller.” He added that without Fuller, the series became “80 percent less interesting.”

That said, new showrunners Berg and Harberts have an excellent track record and have already worked closely with Fuller. Like many fans, I will watch anyway.