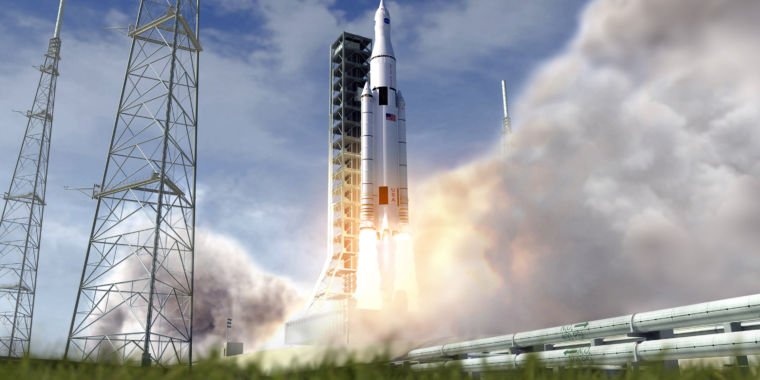 After President George W. Bush announced a plan in 2004 to return to the moon and continue to Mars, NASA began thinking about how best to implement that vision. While there were already some promising private sector rockets back then, administrator Michael Griffin set the agency on the path to building its own rockets and spacecraft. Those programs have evolved into the Space Launch System rocket and Orion spacecraft.

Since then, according to a new report published by the nonpartisan think tank Center for a New American Security, NASA has spent $19 billion on missiles, first on Ares I and V, and now on the SLS. In addition, the agency spent $13.9 billion on the Orion spacecraft. The agency hopes to finally fly its first manned mission with the new vehicles in 2021. If successful, the report estimates the agency spent $43 billion before that first flight, essentially recreating the Apollo 8 mission around the moon.

This cost can then be compared to the total cost of the entire Apollo program, which included six separate human landings on the moon. According to two separate estimates, the Apollo program cost between $100 billion and $110 billion in 2010 dollars. So the development effort for SLS and Orion alone, which does not include any expenditure related to space or landing activities, is already nearly half that of the Apollo program.

The new report argues that given these high costs, NASA should hand over the construction of rockets and spacecraft to the private sector. It backs up this argument with a remarkable claim about the “overhead” costs associated with NASA-led programs. These costs involve paying administration, management, and development costs directly to the space agency, rather than spending money on contractors who actually build the space hardware.

For Orion, according to the report, about 56 percent of the cost of the program has gone to NASA rather than the prime contractor, Lockheed Martin and others. For the SLS rocket and its predecessors, the estimated share of NASA-related costs is higher: 72 percent. This means that only about $7 billion of the rocket’s $19 billion has gone to the private sector companies Boeing, Orbital ATK, Aeroject Rocketdyne and others that cut metal.

For comparison, the report also estimates NASA’s overhead costs for its commercial cargo and crew programs, in which SpaceX, Boeing and Orbital ATK develop and deliver cargo and astronaut delivery systems for the International Space Station. With these programs, NASA has transferred some control to the private companies, allowing them to retain ownership of the vehicles and design them with other customers in mind. With such fixed-price contracts, NASA overheads for these programs are only 14 percent, the report finds.

“The government should leave the design work and ownership of the product to the private sector,” the report recommends. “NASA engineers and administrators, in turn, can be highly skilled, but their priorities tend to be management and regulatory. If NASA or the Air Force need a service, they must request it from the private market and become a customer like everyone else This will result in more competition and performance at a lower cost.”