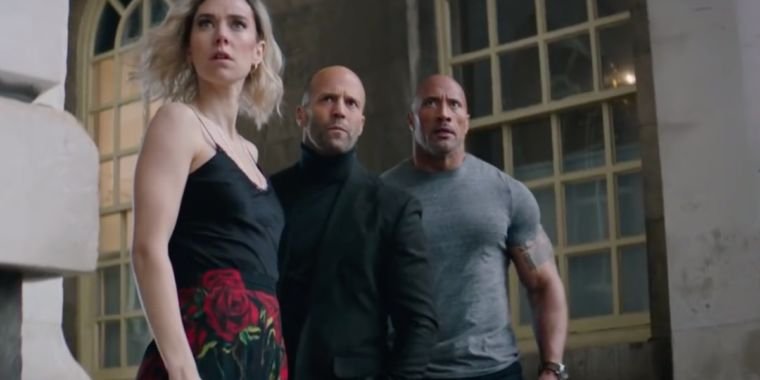 When it comes to action movies, I have a few rules of thumb – one of which involves the Rock (Dwayne Johnson, not the movie). If he’s in a movie there’s a good chance it will be good even if it’s starting material Baywatch or jumanjic† I have a similar line about Jason Statham, who has embraced a similar willingness to be a little ironic in recent years (although in 2015 Spy alone is worth watching him munching on every bit of landscape in sight). All of this means, of course, that the summer movie I’m most looking forward to is Hobbs and Shawthe last episode of the Fast and furious universe starring both Johnson and Statham. That expectation has only grown with the release of a third and final trailer on Friday.

Much of the footage in this new trailer has been seen before, but it feels very different in tone compared to the longer one that came out in April. The new clip comes across more lighthearted and at one point I could swear that Statham is channeling his Rick Ford character from the aforementioned Spy† There’s also a bit more of Hobbs’ mother (played by Lori Pelenise Tuisano), who gleefully responds to her son’s plan to stop Brixton, Idris Elba’s evil villain.

We also get to see a bit more of the chase of the McLaren 720S through the streets of London. As with previous films in the franchise, the key to enjoying it is mentally shielding the actually region of your brain. For example, modern supercars don’t get much better than the 720S, but I drove that car. It has exactly two seats and they place driver and passenger closer together than probably any other car you can buy. I’m only bringing this up because Johnson is, well, huge. And Statham isn’t exactly waif-esque. So I try not to think too much about how those two and Vanessa Kirby, who plays Shaw’s sister Hattie, all manage to fit in as the trio is chased by some futuristic motorcycles.

Hobbs and Shaw opens in the US on August 2, which still feels like it’s too far away.