New evidence would push life back to at least 3.95 billion years ago | Techilink 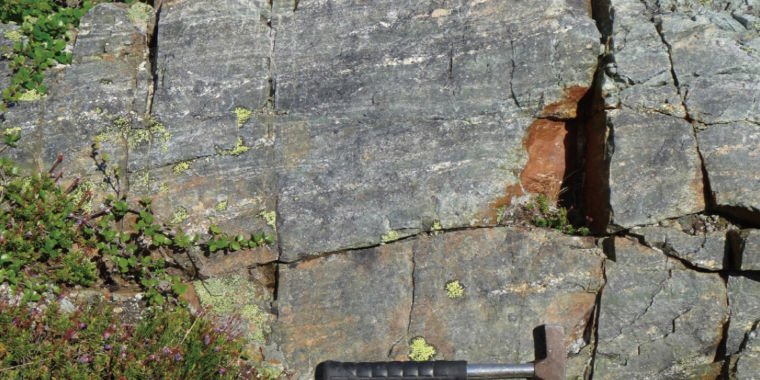 You could be forgiven for thinking that the remains of the first life on Earth don’t want to be found. Between geology and chance, the earliest life certainly covered its tracks well. While paleontologists who study dinosaurs can sometimes bring home an unequivocally giant femur, those who study the origins of life usually argue about the significance of microscopic pieces of rock.

A new discovery in northernmost Labrador, made by a team led by Takayuki Tashiro of the University of Tokyo, fits into the latter category. But don’t let the abstract pettiness of the evidence dull your excitement. The researchers claim they’ve found evidence of life on Earth more than 3.95 billion years ago — on a planet itself not much older than 4.5 billion years.

Part of the evidence for early life is in the form of fossilized microorganisms. It can be difficult to rule out bacterial mineral particles that could form in other ways, but research published earlier this year identified microscopic structures that appear to fit into 3.7 billion-year-old rocks that were once part of hydrothermal vents on Earth. the seabed. .

Microbial life similar to modern blue-green algae (actually a bacteria) has long built distinctive mounds of sediment in shallow waters, and these can also be preserved in the geologic record. A study last year claimed that the appearance of such evidence dates back 3.7 billion years as well.

But before any of these discoveries, the title of “oldest evidence for life” belonged to carbon isotope signatures in Greenland rocks that are 3.7 to 3.8 billion years old. However, this title was extremely controversial. The idea behind that date is relatively simple: biology has a chemical preference for carbon-12 over carbon-13, so biological carbon tends to contain less carbon-13 than average. These ancient, metamorphosed rocks contain carbon in the form of the mineral graphite. And that carbon had a biological tendency: light on carbon-13.

However, not everyone thought that life was the best explanation for this signature. Just as microbial fossils can have mineral lookalikes, there are non-biological ways graphite can lose some of its carbon-13 in metamorphic rocks. These non-biological resources require specific conditions. In some cases, those conditions seemed to fit the history of the sample, providing a disappointing explanation for the carbon isotopes without critters. But in other rock samples, some researchers argued that the alternative explanations couldn’t work, so that at least some of the graphite still indicated a biological source.

The new data is similar to the controversial evidence from Greenland, but it’s from even older rocks in Labrador. It’s not clear exactly how old these metamorphosed sedimentary rocks are, but they must be at least 3.95 billion years old – the age of an easier-to-date rock cutting through them. These rocks again contain bits of graphite with a biological-looking carbon isotope signature. But here the researchers think they can make a cleaner case for how they got there.

They collect multiple lines of evidence that are fairly consistent with each other. First, there are techniques to estimate the temperature of the graphite at the time the mineral was formed, as well as the temperature at the time the rock was metamorphosed deep below the Earth’s surface. Those line up, which is what you would expect if pre-existing carbon was converted to graphite during metamorphism, rather than being added by a separate event.

Second, the exact signature of the carbon isotope varies from one type of “meta-sedimentary” rock to another. If all graphite came from some other process, such as later reactions with hot hydrothermal fluids, you would expect all graphite to be the same. Further evidence comes from the fact that the shapes and locations of the microscopic graphite grains appear original – not, say, confined to cracks or taking on the distinctive crystalline forms associated with alternative formation processes.

And finally, there is a stark difference between the isotope signature of the graphitic carbon and the carbon locked up in calcite in the rocks – even stronger than in the Greenland rocks. It’s this difference that really implies that living things were there to selectively accumulate carbon-12 instead of carbon-13.

One of the most likely non-biological ways to make graphite lookalike is a reaction of iron carbonate that produces magnetite and graphite. There are several types of “meta-sedimentary” rock in the area, including limestone (which is a carbonate) and hardened gravel. There is some magnetite in the limestone, so this alternative mechanism cannot be ruled out. But none of the other stone types contain these ingredients. And there are no signs of hydrothermal reactions with other minerals that can produce graphite, which is the next most likely source of non-organic graphite like this.

All in all, the evidence isn’t indisputable — it never is, when it comes to evidence for early life — but it adds to a burgeoning pile of similar plausible finds. It would be remarkable to push the existence of life back to about 4 billion years. It would mean we’re running out of older rocks to check. Instead of “Can we find older evidence of life?” the question could soon be: ‘Can we find stones? older than life on Earth?”