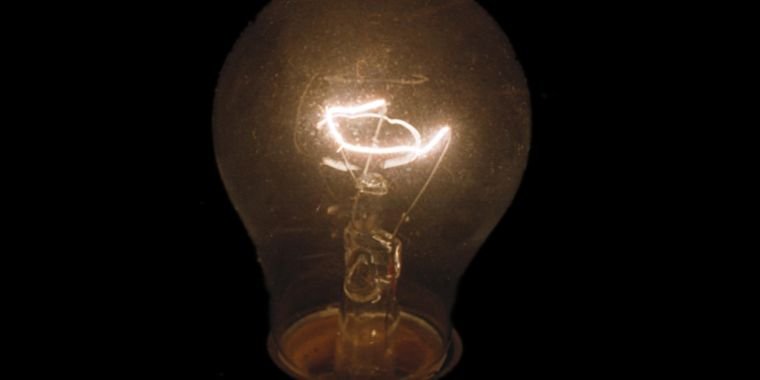 We spend quite a bit of energy creating electromagnetic fields to ensure that our mobile and Wi-Fi devices are constantly fed with data. Every once in a while someone suggests that there should be a way to harvest these fields to wirelessly charge our devices. Now a team of researchers (a Swiss-Chinese-Swedish collaboration) has proposed a simpler option: Use the light we constantly flood our rooms with instead.

The researchers have developed a new version of a technology – dye-sensitive solar cells – that has so far failed to deliver on its promises. They found that in the dim light typical of indoors, their solar cells outperformed the high-efficiency versions we normally reserve for space travel.

In most solar cells, electrons are generated in a semiconductor and pulled out with wires. Useful power is generated by a second set of wires that send electrons back to the other side of the device. Efficiency is limited by the photovoltaic material itself, as well as its ability to pull electrons out before they simply bounce back to where they came from.

Dye-sensitized solar cells work according to very different principles. In some ways, “dye sensitized” is a misnomer. The dyes are actually the photovoltaic material, which absorbs light and releases electrons. Semiconductors exist, but all they do is pick up the resulting electrons and pass them on as current. Electrons flow back into the system through an electrolyte, which transports and delivers electrons from external wiring to the dye molecules, allowing the cycle to repeat.

These systems seem to have a number of advantages. First, the dyes and semiconductors can be applied through solution processing, which is cheap and flexible compared to silicon panel manufacturing. And by mixing the right collection of dyes, it’s possible to tune the absorption of the devices to different wavelength ranges or broaden the wavelengths of light they efficiently absorb.

While that all seems promising, the field hasn’t really taken off yet. That’s partly because the dyes themselves are usually large, carbon-based molecules, which don’t conduct electrons as efficiently as many semiconductors. And while they can probably be made cheaper, the astonishing drop in price of silicon panels has made the price difference insignificant.

But the new device indicates that the people working in this field have not thrown in the towel (the authors include the person who helped pioneer modern dye-sensing devices). It features a number of major and minor improvements.

For starters, the electrolyte used is copper-based, eliminating the need for rare and expensive metals. The copper is embedded in a cage of carbon-nitrogen rings, making it a bit bulkier. This is useful in combination with one of the dyes, which is also voluminous. The combination of the two is enough to keep the copper from getting close to the semiconductor accumulating charge, which would effectively short out the panel.

Both dyes are quite bulky and made of a long series of rings. These provide a conductive path to carry the electrons from the tip of the dye (where the light-absorbing chemistry lives) to the base of the molecule, where the molecule bonds to the semiconductor. This distance decreases the chance of the semiconductor’s electrons flowing back out through the dye molecule to where they came from, which increases efficiency.

The two dyes used here can be mixed together in different proportions, and the authors tested several to find the most efficient combination. They ultimately chose a combination that absorbs efficiently at all wavelengths from about 350 nanometers to about 650 nanometers. Since the visible spectrum is generally defined as being between 400 and 700 nm, this combination grabs the most.

Outside in the sunlight, the new device is nothing special. It produces a device efficiency of just over 11 percent. Given that silicon cells are well above 20 percent efficiency, this is unlikely to spark mass migration to the technology.

But internally, the device’s quantum efficiency seemed a lot better, as it could extract usable electrons from almost any photon it absorbed. The researchers write “the internal quantum efficiency varies between 90 percent and practically 100 percent,” although there are some losses due to the connections to the external wiring.

So they decided to test it under conditions where those photons were limited: indoor lighting. Even bright indoor lighting is typically only one percent of what you’d get on a sunny day. Also, unlike the sun, most lights are focused on producing photons in the visible range, which nicely matches the sensitivity of the device’s dyes.

Under indoor lighting, the device’s efficiency skyrocketed to nearly 29 percent, close to the record for a single-material solar cell. So the researchers tested it against that record holder, gallium arsenide, which is expensive enough to normally be reserved for applications such as solar panels in space. And the dye-sensitized version won, with gallium arsenide’s efficiency dropping to about 20 percent in low-light conditions.

The authors estimate that just a few square centimeters would be enough to power a small sensor with nothing but ambient light. A panel of this material the size of a typical cell phone would produce about 30 milliwatts in a brightly lit room. That’s not enough to power the latest and greatest hardware, but it’s certainly enough to power a variety of devices that might be useful to have around.