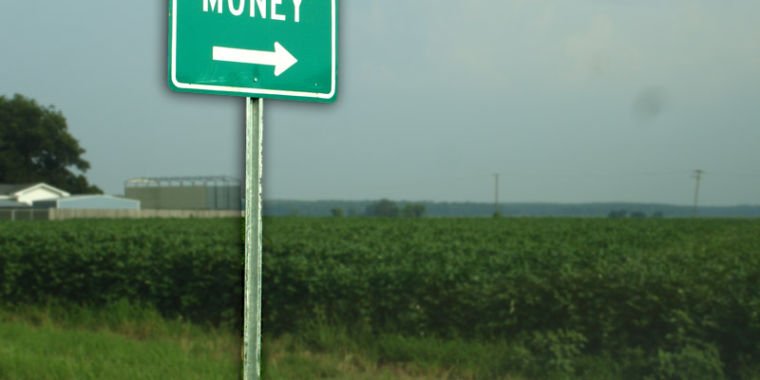 In many developing countries, the struggle for economic growth is hampered by rampant corruption. According to figures in a new study on the issue, people in urban areas of Kenya typically pay bribes 16 times over one month. That is a drain on the economy and it adds a layer of complexity between citizens and essential government services.

While various policy approaches have attempted to limit corruption, it is difficult to track their effectiveness. Now, an international team of researchers has developed a game-theoretic approach to unravel the factors that contribute to corruption. Their results show that under the wrong circumstances, a common method of limiting corruption – government transparency – can actually make things worse.

Collaboration vs. the freeloaders

The basis of this work is what is called a ‘public goods game’, which measures people’s willingness to cooperate. In this game, everyone starts with a pool of money and is given the option to contribute to a common, public pool. The resulting pool is then multiplied and its contents distributed evenly among the players. The group as a whole comes into its own when everyone cooperates and contributes maximally to the pool. But individuals do best when they freeload: contribute nothing and then take their share of the public pool.

Institutional punishments – essentially a government – can be added to the public goods game. In each round, a “leader” gets to see everyone’s contributions and can impose fines on freeloaders. This tends to increase cooperation, but it can also degenerate into rounds of retaliation as people take turns being the leader. (Some societies apparently also have problems arbitrarily punishing people who cooperate.) Past studies have shown that people are often willing to pay personal costs to punish freeloaders.

To create a game of bribery, the research team started with a variation of the institutional punishment game, one where everyone was supposed to pay taxes to the public pool, and a leader was there to punish anyone who didn’t. In the bribery game, contestants were allowed to pay a bribe to the leader before decisions on punishment were made. Presumably, the leader would see the bribe as a suggestion to skip punishment.

To study different effects, the researchers varied the amount of money that could be imposed as a fine, creating weak and strong leaders. By changing the starting money and the amount by which the pool was multiplied, they were able to change the economic growth potential of the group as a whole.

To see how this worked, the researchers recruited a group of people with very low reputations for corruption: Canadians (some of the researchers were stationed at the University of British Columbia). But their Canadianness has only gotten them so far. “Not surprisingly, when corruption could creep in, it did,” the authors write, “and cooperation deteriorated.” When bribery was an option, the average contribution to the public pool fell by a quarter.

The subjects included people who had immigrated to Canada, including some from countries with a history of corruption, and were slightly more likely than native Canadians to engage in corruption. But the children of immigrants were even less likely to do so than people with longer family histories in Canada.

Among the controls, strong leadership (i.e., high ability to punish) significantly increased the average contribution to the public pool. But when bribery was introduced, having a strong leader actually lowered contributions, as more people spent that money to bribe the leader – who quickly became relatively wealthy. Partial transparency, where participants could see the leader’s contribution to the public pool, made little difference. Only full transparency, where participants could see every transaction the leader made (including a bribe), restored contributions to something approaching the control situation.

When the game’s economy is strong (larger starting pots and/or higher multipliers), the contributions go up in the checks, regardless of whether the leader is weak or strong. However, bribery still caused typical contributions to fall in both leadership cases. However, the percentage drop was smaller than in the bad economy/strong leader situation.

In particular, partial transparency has never made anything better. In fact, in a group with a weak leader/weak economy, it only made things worse. Only full transparency helped, in some cases reducing contribution levels to those of the bribery-free checks.

If these trends hold true in the real world, there are some results that run counter to our expectations. One is that strong leadership – in the form of a strong central government capable of meting out real punishment – does not stop corruption. In fact, it only makes matters worse when bribery is an option and simply leads to a wealthy leader. The second problem is that government transparency doesn’t seem to help much unless it also includes transparency about all bribery. Since it’s overwhelmingly unlikely that this will happen, it’s not clear whether government transparency will do much good here.

What does seem to matter is a thriving economy, where the players feel that the game is structured in such a way that they get something out of playing. Corruption still takes its toll here, but it is a relatively small percentage of total economic activity.