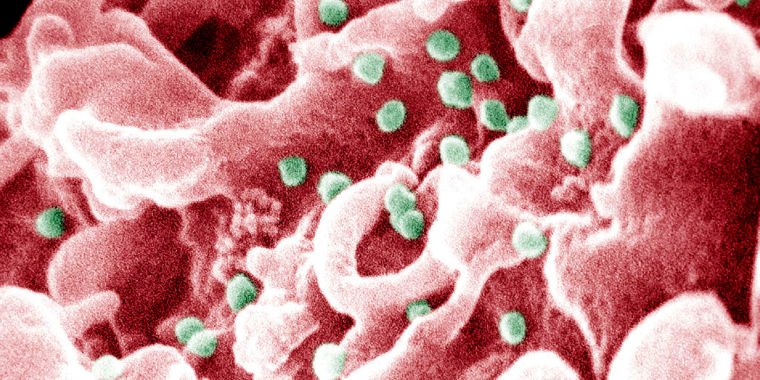 Since its discovery and rapid spread in the 1980s, scientists and doctors have desperately tried to understand the HIV virus and develop effective treatments. Unfortunately, HIV is a tricky virus that evades typical immune responses.

During a successful immune system response to a foreign body, white blood cells produce antibodies that target the invader. These antibodies then mark the foreign body for destruction by other immune cells. For the most part, HIV evades these immune defenses, but rare individuals develop antibodies that effectively block multiple strains of the virus. Researchers are now showing that these antibodies can also serve as treatments in other HIV patients.

HIV has several ways of avoiding the immune response. Unlike most viruses, HIV specifically attacks a type of white blood cell that is essential to our immune system. During replication, the HIV virus also picks up many new mutations, often changing it so that any antibodies previously produced during the infection no longer recognize it. There are very few parts of the virus where changes due to mutations would render it unable to enter cells; even fewer antibodies have been identified that bind to these sites.

These rare antibodies can also prevent the virus from infecting new cells, making them an effective therapy. In animal studies, injection of low concentrations of these antibodies could act as a vaccine and protect against infection. Injections can even control active infections when combined with additional antibodies that target other molecules on the HIV surface. These preclinical findings led to phase 1 clinical trials in humans to evaluate a specific antibody against HIV. This study found that a single intravenous injection of the antibody generally reduced the presence of HIV in the blood of patients with viruses susceptible to the antibody.

These promising results come from an international team of scientists and physicians who investigated the safety and clinical efficacy of one of the most potent anti-HIV-1 neutralizing antibodies. Known as monoclonal antibody 10-1074, it targets a specific HIV protein called the v3 glycan. This target differs from the target recognized by the antibodies used in previous studies.

After conducting test-tube studies that demonstrated the antibody’s efficacy, the researchers evaluated its safety in humans in a small trial. The study included two groups of participants: 14 uninfected individuals and 19 HIV-1 infected individuals. The participants received a single intravenous infusion of the antibody at one of the following doses: 3, 10, or 30 mg/kg.

The researchers then monitored antibody clearance by monitoring levels in the participants’ serum. Consistent with previous studies, HIV-1 infected subjects showed a faster elimination of the antibody, with a half-life of 12.8 days compared to 24.0 days for uninfected participants. However, despite the rapid clearance, the antibody proved to be effective.

Three HIV-1 infected individuals in the study received a specific type of treatment (antiretroviral therapy) and showed no changes in the level of HIV in their system as a result of the antibody infusion. Thirteen HIV-1 infected participants with the highest virus levels received the highest dose of the antibody (30 mg/kg). Eleven of them showed a rapid fall in HIV levels. Monitoring the infection during the first weeks after treatment revealed the evolution of multiple viruses that were no longer affected by the antibody. However, these new variants generally remained sensitive to antibodies targeting other virus surface molecules.

Overall, this study demonstrates the safety of antibody 10-1074 infusions in humans. Although the virus quickly became resistant to these treatments, the resulting viruses remained susceptible to other antibodies. In this way, researchers may be able to build a cocktail of antibodies that effectively block active HIV infections.