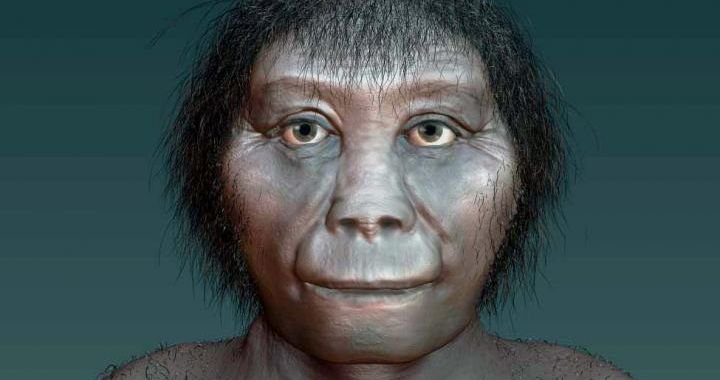 The story of how modern humans got to where we are today is constantly changing as new evidence is found. This often forces us to confront the idea that we are not as unique as we thought, as we find evidence of behaviors such as tool use further and further back in our family tree. New evidence suggests our ancestors may have left Africa — and moved farther from it — than we previously thought.

A paper currently in print at the Journal of Human Evolution going to see how Homo floresiensis, the diminutive form “hobbit”, fits this picture. The findings suggest that the hobbit is further down the family tree than previously thought, something that would only be possible if our ancestors had emigrated from Africa much earlier than other data suggested.

Our gender Homo may seem pretty determined to get out of Africa. But Homo is a diverse group, a similar level of grouping to the group that brings dogs, wolves, foxes and jackals together in Canis. Across the genus, migration history is mixed. Our own species has clearly left, probably in more than one migration wave. But going much further back in time, our cousins Homo erectus, which lived between 2 million years and about 70,000 years ago also left Africa and spread through Asia. Other members of our family seem to have remained in their native lands.

It’s not clear where the hobbit fit into this photo. In part because it lived outside of Africa (on the Indonesian island of Flores), the two primary hypotheses have linked it to the two species known to exist in the region: H erectus and we. It’s clear that the little hobbit was much smaller than any of these species, but that could be explained by “insular dwarfism,” a phenomenon in which species often become much smaller over evolutionary timescales when they live in an isolated island environment.

The question is whether the hobbit has other features besides its size which clearly group it with one species or the other.

A group of researchers from the Australian National University, led by Debbie Argue, compared the hobbit’s anatomical features to the same features of a host of other species. However they sliced ​​it, the data told the same story: the hobbit continued to appear next to us, not us Homo erectusbut homo habilisa much older species not known for wandering outside Africa.

Okay, but are they right?

Some skepticism is definitely warranted here – not because the science is bad, but because there’s just so much we don’t know about the past. The hobbit discovery itself was “uncovering something that seems to have a million-year history that no one would have even guessed at,” said John Hawks, a paleoanthropologist at the University of Wisconsin-Madison.

The methods Argue and her team used for their analysis contain some assumptions that deserve unpacking. This kind of computational analysis tries out many different evolutionary trees and chooses the trees that best fit the data. So two species with many anatomical similarities will end up close to each other in the tree, and species that are very different will be far away.

The hobbit came close H.habilis due to anatomical features sufficiently similar that this tree best explained the data. But the hobbit was clearly under enough evolutionary pressure to radically change in size, and that evolutionary pressure may have brought about other radical changes as well. “We know from other dwarf mammals that primitive features can apparently re-evolve,” said Chris Stringer, a researcher of human evolution at the Natural History Museum in London. “Some evolutionary reversals on the floresiensis descent may well have occurred.

So the hobbit could be grouped H.habilis because, after undergoing a series of evolutionary changes, it eventually resembled a distant ancestor more than its contemporaries in other parts of the world. The methods used to construct hypothetical evolutionary trees assume that evolutionary changes will have been quite minimal. “The problem is,” says Hawks, “evolution may not be minimal.”

This discovery is likely to spark much debate. While it adds another nail to the coffin of the hypothesis that the hobbits were modern humans with a genetic disorder, it brings a new challenge: the idea that either H.habilis itself, or a close relative, migrated from Africa and underwent insular dwarfism on Flores. “It’s interesting work,” says Stringer. “[But] I don’t think it will resolve the arguments.”

Hawks thinks it’s a bad idea to ignore this analysis just because we don’t currently have evidence of it H.habilis outside Africa. “If you think you have to fit the past with the few bits of data you have now,” he says, “you need to look harder.”

The next installment in the hobbit saga will be released sometime in the future, so just wait and see.