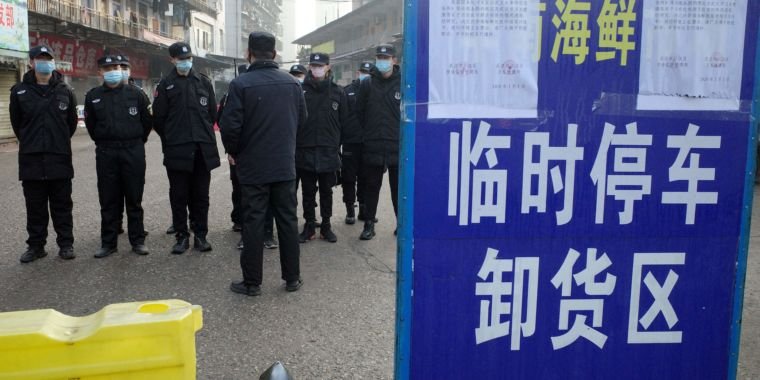 A never-before-seen virus that led to an outbreak of viral pneumonia in the Chinese city of Wuhan has now killed one person and spread to Thailand via a sick traveler.

On Saturday, January 11, officials in Wuhan reported that a 61-year-old man died on January 9. Tests showed he was carrying the virus, which researchers have confirmed to be a new strain of the coronavirus.

He is the first recorded death in the outbreak, which broke out in Wuhan last month and is linked to a live animal market. Officials said the man had been hospitalized with breathing problems and severe pneumonia. However, they also noted that he had other health problems, namely abdominal tumors and chronic liver disease.

Since the new coronavirus has been officially linked to the outbreak, officials in Wuhan have confirmed 41 cases of pneumonia from the viral newcomer. Of these, six are considered serious and seven have been treated and discharged. That number is lower than the 59 outbreak cases reported earlier last week, before the viral cause was known.

The sick traveler in Thailand marks the first time the virus has been confirmed outside of China.

The female traveler, who is also 61 years old, was identified by Thai authorities on January 8 and placed in quarantine, according to the World Health Organization. Genetic testing revealed that she carried the same strain of the coronavirus that had been isolated from patients in Wuhan.

Thailand’s health ministry told Reuters that the traveler has been treated and is now healthy enough to return home.

The ministry added that it has quarantined 12 travelers since January 3 and tests have shown that the 61-year-old woman’s case was the only one linked to the outbreak.

“Being able to identify a patient shows that our monitoring system is efficient. We are confident that we can handle the situation,” Health Minister Anutin Charnvirakul told reporters.

The World Health Organization responded in a statement to the Thai case, saying:

The possibility of cases being identified in other countries was not unexpected and confirms why the WHO is calling for continued active surveillance and preparedness in other countries. The WHO has issued guidelines for identifying and treating individuals who are ill with the new virus.

The statement also noted that, given the case in Thailand, WHO Director General Dr Tedros Adhanom Ghebreyesus is consulting with experts about the threat of the outbreak and deciding whether an emergency meeting is needed.

So far, the researchers have found no evidence that the virus spreads from person to person – a good sign for the outbreak control. Wuhan officials are still monitoring 687 people, including some medical staff, who had contact with those who were sick during the outbreak. So far, no cases have been found among contacts and no new cases have been identified since January 3.

The live animal market at the center of the outbreak – the South China Seafood Wholesale Market in Wuhan – was closed on January 1 for decontamination. Researchers are working to learn more about the novel coronavirus and its origins.

Coronaviruses are a large group of viruses that can cause everything from mild respiratory infections in humans to the deadly Severe Acute Respiratory Syndrome (SARS). The viruses also plague many animals, namely cats, dogs, bats, mice and birds. Researchers have ruled out the new strain being the one causing SARS or the coronavirus behind Middle East Respiratory Syndrome (MERS).