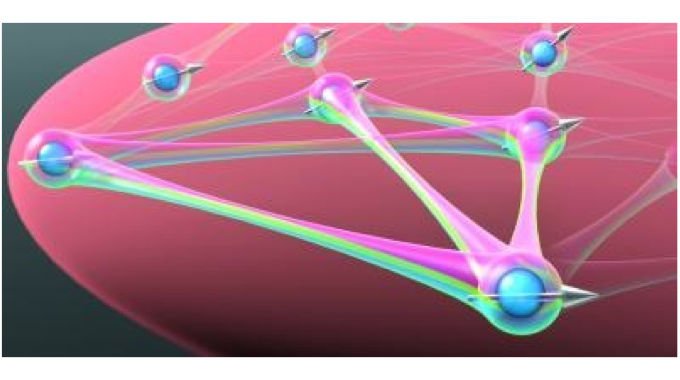 It is notoriously difficult to understand quantum mechanics, and it is equally difficult to compute the behavior of many quantum systems. This is partly due to the description of a quantum system called hair wave function. The wave function for most single objects is quite complicated in itself, and adding a second object makes prediction even more difficult, because the wave function for the whole system becomes a combination of the two individual objects. The more objects you add, the more difficult the calculations become.

As a result, multi-body calculations are usually performed via methods that yield an approximation. These usually involve taking possible solutions at random or coming up with a way to condense the problem into something that can be solved. Now, however, two researchers from ETH Zurich, named Giuseppe Carleo and Matthias Troyer, have offered a third option: unleashing a neural network on quantum mechanics.

This additional method can be useful because there are many cases where the existing methods fail. Random sampling is used in a variety of fields (it’s technically called Monte Carlo sampling, after the games of chance played at the famous casino there). But random sampling is only effective if the number of probable possible solutions is not too large. If so, you are unlikely to randomly sample the relevant ones. The alternative, called compression, is based on cases where it is possible to represent the wave function in a computationally efficient form. Not every quantum system lends itself to that approach.

This means that there are some quantum systems that we cannot easily understand through computation. “Examples of systems in which existing approaches fail are numerous,” Carleo and Troyer say in their paper. So the researchers decided to see if a neural network could help us. Their reasoning is that neural networks are very good at things like reducing information to its most relevant components and extracting important features from those components. It follows that there is a chance that they are good at identifying the most relevant features of a wavefunction.

An intriguing part of their approach is that they rely on an architecture that mimics an idea about quantum mechanics that we’re pretty sure is wrong: hidden variables. Quantum mechanics enables what Einstein had derided as “spooky action at a distance,” where things done with one particle can affect an entangled partner regardless of the distance between the pair. One possible explanation for this is that there are properties of the particles that we cannot currently measure – the so-called hidden variables – that explain this behavior. But hidden variables have been largely eliminated through experimentation over the past decade.

They reappear in Carleo and Troyer’s neural network, at least architecturally. For this work, the experiments all focused on particle spin; in a multi-particle quantum system, these spins interact in complicated ways (for more on these interactions, see the section on Ising models in our look at the D-Wave quantum computer). The neural network used here had one set of nodes that simply represented the spin of the particles in the simulation.

But supporting that collection of nodes is something the authors call a “hidden layer”. Each of the visible spin nodes was supported by a number of hidden ones, which helped extract features from known wave functions. And each of these hidden nodes can influence the state of multiple visible nodes. In the work described here, Carleo and Troyer set it up so that each visible node has an average of four hidden nodes. But they point out that, if compute resources become less of an issue, it could easily be possible to scale the architecture simply by adding more hidden nodes.

The other nice thing about this architecture is that it is inherently non-local. Individual hidden nodes can have connections to nodes representing the spin of particles that are physically separated. Since quantum mechanics is also non-local, this can help the neural network represent the underlying physics.

Neural networks need to be trained, which poses a bit of a challenge because we don’t have exact solutions to a multi-body wavefunction against which the networks can be trained. Still, there are cases where the other two computational approaches described above work well, so they were used to provide learning reinforcement. The results were promising. For two different types of problems, the neural network has learned patterns related to the underlying physics. And in any case, it was able to match or exceed the performance of existing computational methods.

Carleo and Troyer are optimistic about this approach. More recent neural network architectures, such as deep networks, show impressive performance and it should be possible to apply them to quantum mechanics. It should also be trivial to get this approximation to deal with quantum behavior beyond particle spins. However, the real test will be to apply the neural network approach to problems where the other two methods fall short in some cases (although not all, otherwise we wouldn’t have anything to train it with). Figuring out whether it produces physically plausible results in these cases can be a challenge for the experimenters.