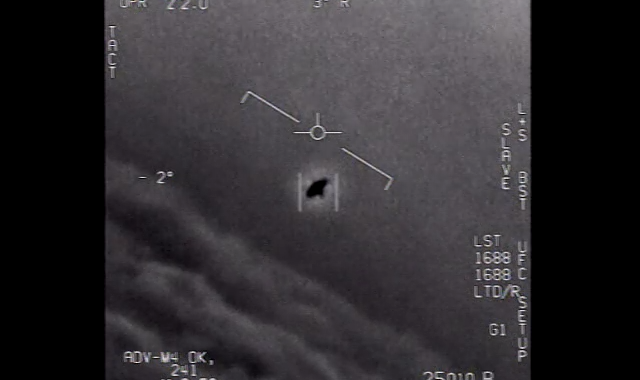 For years, UFO enthusiasts have excitedly shared three videos captured by US Navy pilots showing unidentified aerial phenomena. The videos, shot in November 2004 and twice in January 2015, were each leaked publicly a few years after they were shot. They have been published on the History Channel and elsewhere.

The US Department of Defense decided on Monday to officially release the three videos, which you can download here. Before releasing the “Naval Historic Videos”, the military determined that neither disclosed “sensitive capabilities or systems” nor that their release “would impair any subsequent investigation of military airspace raids” by unidentified objects. .

“DOD is releasing the videos in order to clear up any misconceptions the public may have about whether the images in circulation were real, or whether there is more to the videos,” the statement said. “The aerial phenomena observed in the videos continue to be characterized as ‘unidentified’.”

The videos themselves are intriguing, but far from convincing. Two of them have audio of pilots expressing surprise, like “Look at that thing, dude.” “My god,” says a pilot. “They are going against the wind. The wind is 120 knots.”

The first video found by pilots of the USS Nimitz off the coast of California in 2004, contains no audio.

These publications come amid a resurgence of public interest in UFOs after it was revealed in 2017 that the US government spent $22 million between 2007 and 2012 investigating unexplained aerial phenomena as part of its Advanced Aerospace Threat Identification Program. The work of the program remains obscure, with no definite conclusions. A February Popular Mechanics article provides a good overview of the Pentagon’s covert UFO program.

Whether the public release of these videos will lead to increased federal funding for UFO investigations is not clear. Sure, the videos are interesting, but they don’t reveal any new evidence, as they were already widely circulating. People who want to believe in aliens among us will continue to believe. Those of us who want to see more evidence will probably keep waiting.