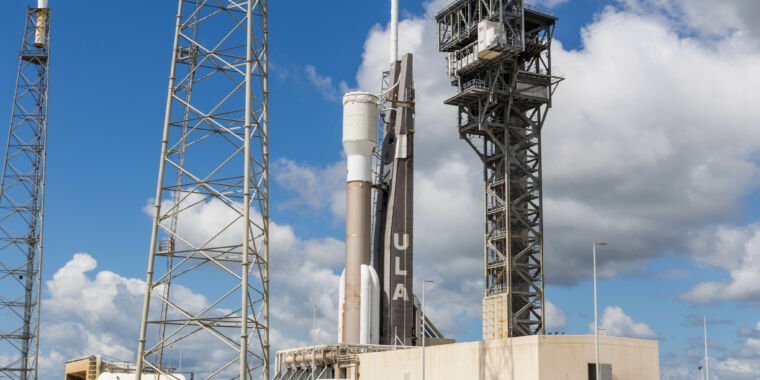 NASA says it will have to delay the launch of its multi-billion dollar Perseverance mission until July 30. The Mars-bound large rover must launch on an Atlas V rocket from Florida’s Cape Canaveral Air Force Station before mid-August, or it will miss Earth’s conjunction with the red planet.

This is the third delay in the launch campaign for Perseverance, formerly known as Mars 2020, and the most worrying because no new, formal launch date has been set.

A problem arose during a Wet Dress Rehearsal test earlier this month. During this standard prelaunch test, an Atlas V rocket is fueled and counted down to the last moments before ignition. So what happened? “A liquid-oxygen sensor line presented non-rated data during the Wet Dress Rehearsal, and additional time is needed for the team to inspect and evaluate,” NASA said in a statement Tuesday afternoon, in response to a question from Ars.

A Florida source said the problem was related to the Atlas V rocket’s Centaur upper stage, which is fueled with liquid hydrogen and liquid oxygen.

The $2.1 billion rover is similar to NASA’s Curiosity rover, but includes several upgrades, including the addition of a small helicopter, and will launch on the Atlas V rocket’s 541 configuration. NASA originally set a launch window from July 17 to August 11, the optimal period for the rocket’s launch and for Perseverance to reach Mars in about six months.

The launch has since been delayed from July 17 to July 20 due to a crane problem during the stacking process; it was again postponed from July 20 to July 22. NASA attributed the latest setback to “a processing delay experienced during spacecraft encapsulation activities.”

The spacecraft has yet to be stacked on the first and second stages of the Atlas V rocket. It now seems likely that the rocket’s manufacturer, United Launch Alliance, needs to understand and address the problem with the liquid-oxygen sensor line before that activity can continue. Once the rocket and its payload reach the launch pad, the mission will also face summer weather in Florida, where storms are common along the coast.

On Tuesday, the space agency said it had extended the launch window to August 15 and will look into extending the launch period a few more days into August. If the Perseverance mission misses this launch window, it would be delayed by 26 months, at the cost of hundreds of millions of dollars, until the next Earth-Mars conjunction in 2022.