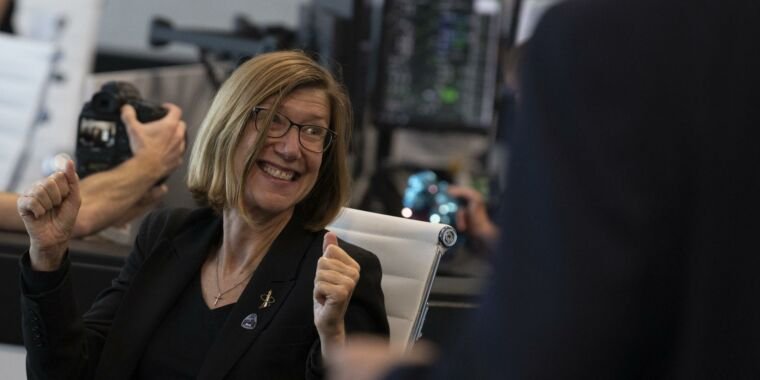 On Friday morning, NASA administrator Jim Bridenstine announced that he had selected Kathy Lueders to serve as the space agency’s new head of human spaceflight. In this role, she will help define human spaceflight policies and implement them within the agency. Its main mandate will be to get humans to the moon by 2024, or soon after.

“Kathy gives us the extraordinary experience and passion we need to move forward with Artemis and our goal of landing the first woman and the next man on the moon by 2024,” Bridenstine said. “Kathy is the right person to expand the space economy into the lunar environment and achieve the ambitious goals we’ve been given.”

As program manager for Commercial Crew — which recently saw SpaceX launch NASA astronauts Doug Hurley and Bob Behnken to the International Space Station — Lueders has led the only major program for the space agency to deliver for Bridenstine. Other high-profile programs, including the Space Launch System rocket and James Webb Space Telescope, have continued to experience delays.

Several sources indicated that this appointment is in line with Bridenstine’s vision that commercial space companies will play an increasingly important role in human space exploration in the future. Bridenstine has prompted NASA to do more of its bidding on a fixed-price contract basis, favoring bidders who also invest in their own hardware and want to sell their spaceflight services to customers other than NASA.

As the leader of the commercial crew program, Lueders was deliberative. But she also recognized the cultural differences between NASA and companies like SpaceX, who want to act quickly. Ultimately, she successfully molded the disparate workforces of NASA and SpaceX into a cohesive team that culminated in a mission that has been successful thus far.

I am a huge fan of Kathy Lueders!

Steve Stich, her deputy, will step down to become program manager for the commercial crew.

Lueders replaces Doug Loverro, who resigned from NASA just over three weeks ago. As Ars reported shortly afterwards, Loverro left NASA after inappropriately interfering with the contract process for a human landing system to take astronauts to the lunar surface. NASA’s inspector general has not yet completed his report, but Loverro is said to have spoken to Boeing during a blackout period of the bidding process.

Loverro had only worked at NASA for about six months. Before him, Bill Gerstenmaier had spent about a decade in the position, overseeing the end of the space shuttle program and the final assembly of the International Space Station and attempting to map a deep-space program. Several months after Gerstenmaier left, he took a job at SpaceX as an engineer on the company’s manned space vehicles. According to sources, he is happy there, enjoying being outside the ring road and taking on technical challenges.