NASA’s manned space programs have a tough year ahead | Techilink 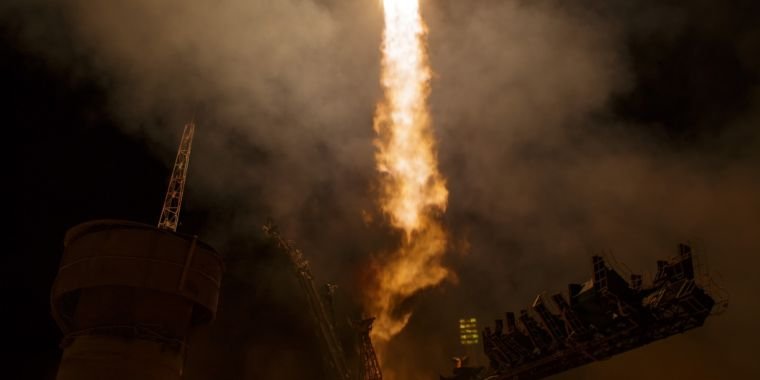 In the new year, NASA is beset by uncertainty, especially regarding its manned spaceflight programs. Soon the agency will be without its current leadership. Administrator Charlie Bolden has told his team that he will leave office at noon on January 20, along with his boss, President Barack Obama. And so far, there’s been no clear direction for what comes next from the Trump administration and its space transition team, which remain embroiled in a battle over the agency’s future direction.

It’s not a good time for uncertain leadership, as many of NASA’s manned spaceflight initiatives face serious questions. At the start of 2017, recurring problems with Russia’s Soyuz launch vehicle mean the agency can’t say when the next astronaut will go into space. The highly anticipated private space taxis remain more than a year away from flight. And questions remain about the viability of its big ticket programs, the Space Launch System rocket and Orion spacecraft.

Of course, you should never discount the space agency, as it partners with a large number of aerospace contractors and has thousands of talented engineers and scientists in field centers. But as one former astronaut told Ars, “Manned spaceflight has created a situation where leadership is waiting to make significant progress. The big question is who will lead them out of this hole?”

NASA’s problems start with Russia. Since the retirement of the space shuttle in 2011, there is only one way for astronauts and cosmonauts to the International Space Station: Russia’s Soyuz rocket and spacecraft. Unfortunately, on Dec. 1, a Soyuz rocket carrying an unmanned Progress spacecraft exploded about six minutes into flight, wiping out 2.6 tons of food, fuel, and supplies. This was due to a problem with the engine of the rocket’s third stage, the kerosene-powered RD-0110.

The Progress spacecraft launched on an older Soyuz-U rocket, which is being phased out by Roscosmos. Manned launches now take place on a more modern Soyuz-FG rocket, but the two rockets share a common third stage. This is the second time the third stage motor has failed in any way in the last five years, as a similar issue occurred during the Progress 44P launch in 2011.

What this means for the next crew launch to the station is unclear. Nominally, NASA astronaut Jack Fischer and Russian cosmonaut Fyodor Yurchikhin will launch in March; on New Year’s Eve, Roscosmos released a revised schedule calling for a manned launch on March 27. However, that assumes the investigation into the December 1 failure is complete, and Russia has either a plan to deal with the third stage problem or its plan to move to a modern (but less proven) Soyuz-2-1a variant to accelerate, featuring an entirely different third stage.

According to a NASA source familiar with the Russian space program, the agency has heard “only rumours” about a return to flight date for the Progress vehicle, which should occur before people fly back into space. Thus, NASA’s only lifeline to the station seems shaky heading into the new year.

This would be the year when NASA would finally have the ability to launch its own astronauts into space through its commercial crew program. However, Boeing and SpaceX have already pushed back the dates of their first operational flights to 2018, and further delays are possible.

That means NASA has to hope that Russia keeps the Soyuz flying safely for another two years, and it also needs to consider the politically sensitive topic of acquiring more Soyuz seats in 2019. Congress will not be happy with this request. While previous private spacecraft delays have been due to underfunding, Congressional spending recently matched NASA’s requests for funding for commercial crews. So delays beyond 2017 are due to technical issues with the companies’ designs and NASA’s own management of the program.

The issue of commercial crew delays is probably one of the first decisions a new NASA administrator faces, as there’s no guarantee that Boeing’s Starliner or SpaceX’s Crew Dragon vehicles will be ready to fly in two years’ time. How will he or she explain this to Congress?

For the past six years, NASA and Congress have been at odds over the agency’s future, touting the building of the large Space Launch System rocket and Orion spacecraft for space exploration. But there is a realization that a space program based on a once-a-year flight rate will be difficult to sustain. With the possible launch of SpaceX’s Falcon Heavy rocket this year, some members of the Trump administration’s transition team are also raising questions about the need for NASA to build a heavy-lift rocket of its own, at a cost of about $10 billion. .

There are also rumors of possible delays in the first launch of the SLS rocket, which will propel an Orion spacecraft around the moon in a flight known as Exploration Mission 1. Some problems cannot be attributed to NASA, as they arise from slower than expected development of Orion’s service module by the European Space Agency. But it’s also conceivable that the agency will run into trouble when it integrates the various components of the SLS missile — the core tanks, side-mounted boosters and upper stage — for testing later this year and early 2018.

NASA has been telling Congress for several years now that Exploration Mission 1 would launch in September 2018. However, there is now a very real possibility that this demonstration mission will slip into at least early 2019. rocket, Blue Origin’s New Glenn, could begin launching, raising further questions about the need for NASA’s own hardware.