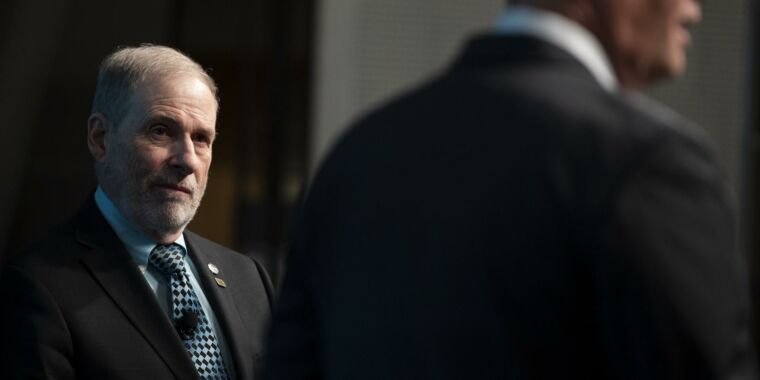 On Tuesday, NASA announced that the chief of human spaceflight had resigned from the space agency. The timing of Doug Loverro’s departure is dire, as NASA’s first human launch in nearly nine years will take place in just eight days.

The space agency issued a lackluster statement about Loverro’s resignation as Associate Administrator for Human Exploration and Operations (HEO) at NASA.

“Associate Administrator for Human Exploration and Operations Doug Loverro has resigned from his position effective Monday, May 18,” the statement said. “Loverro took off this year and has made significant progress during his time at NASA. His leadership of HEO has brought us closer to reaching our goal of landing the first woman and next man on the moon by 2024. Loverro has devoted more than four decades of his life to serving our country, and we thank him for his service and contributions to the agency.”

Loverro’s resignation sparked a storm of speculation after it was announced. He was set to chair a Flight Readiness Review meeting Thursday to officially clear SpaceX’s Crew Dragon spacecraft for the maiden flight of humans to the International Space Station. The final go or no-go decision for that mission would be his. That launch is currently scheduled for May 27.

Not related to Crew Dragon

However, his departure does not appear to be directly related to his work on Crew Dragon. Rather, it appears to stem from the recent process in which NASA selected three bids — led by Blue Origin, Dynetics and SpaceX — out of five bidders. In an email to NASA human reconnaissance personnel on Tuesday, Loverro admitted he made a mistake earlier this year.

“Our mission is certainly not an easy one, even for the faint of heart, and taking risks is part of the job description,” Loverro wrote. “The risks we take, whether technical, political or personal, all have potential consequences if we misjudge them. I took such a risk earlier this year because I felt it necessary to fulfill our mission. Now, in over time, it’s clear that I made a mistake in that choice for which I alone have to bear the consequences, and that is why I am writing to you today with a very, very heavy heart to let you know that I have effectively resigned at NASA May 18, 2020.”

Sources at NASA headquarters, where Loverro was generally loved and respected, were devastated by the news on Tuesday. Loverro arrived at NASA just six months ago, replacing NASA’s long-standing chief of human spaceflight, Bill Gerstenmaier, who was moving too slowly on the agency’s Artemis Moon plan. Loverro is fully committed to the space agency’s goal of landing humans on the moon by 2024.

In its statement, NASA said former astronaut Ken Bowersox would fill the role of Loverro.

“Effective immediately, Ken Bowersox will serve as Acting Associate Administrator for HEO. Bowersox, currently the Deputy Associate Administrator for HEO, is a retired US Naval Aviator with more than two decades of experience at NASA,” the statement said. “He is an accomplished astronaut and veteran of five space shuttle missions and commander on the International Space Station. Bowersox has previously led HEO during a time of transition, and NASA has the appropriate leadership to continue making progress on the Artemis and Commercial Crew programs. “