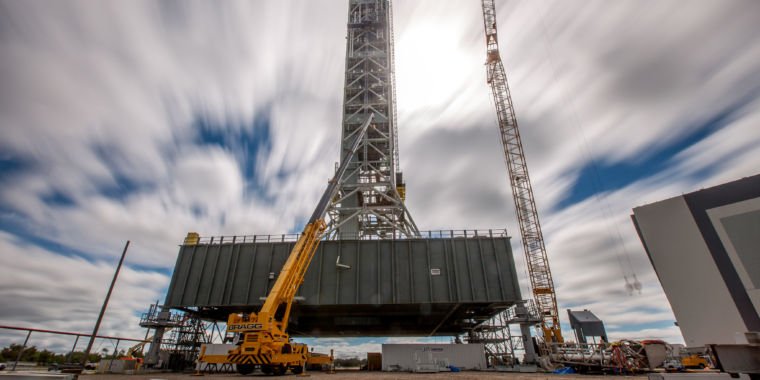 The analysis shows that the total cost of building and modifying the structure, known as Mobile Launcher-1, is “at least” $927 million. This includes the original $234 million development cost to build the tower to support the Ares I rocket.

After this rocket was canceled in 2010, NASA spent an additional $693 million to redesign and modify the structure for the SLS rocket. Notably, NASA’s original estimate for modifying the launch tower was only $54 million, according to Inspector General Paul Martin’s report.

So why did it cost so much to customize the mobile launcher? The report puts much of the blame on an overpriced contract with a company called Vencore, which provided ground support equipment designs. The company’s contract went into effect in March 2011, and NASA chose not to exercise Vencore’s last contract year option in 2017 due to the company’s overall performance.

But the space agency is not innocent.

“NASA exacerbated these issues by accepting unproven and untested designs from Vencore to advance construction and manufacturing contracts,” the report states. “Agency staff stated that sometimes they knew that the subsystem designs were not complete or needed more testing, but they improved as the project schedule required it so that fabrication and construction activities could continue.”

Ultimately, by accepting these unfinished designs, NASA experienced significant delays and costly rework for the Mobile Launcher-1 project, which in turn led to further delays and cost overruns.

In addition, NASA did not use contractual mechanisms to penalize Vencore for its poor performance. According to the Inspector General, Kennedy Space Center employees who rated Vencore’s performance stated “that although the design work was over budget and behind schedule, they felt the contractor performed well because of the obstacles they had to overcome. If As a result, Vencore received ‘excellent,’ ‘very good’ or ‘good’ ratings despite the ML-1 project being significantly over budget and behind schedule.”

NASA officials did something similar for awards shows with the contract for the core phase of the SLS rocket and prime contractor Boeing. Critics have said the rocket is a make-work project for the space agency designed to maximize jobs rather than further exploration. The new report tends to support such criticisms of a rocket originally slated to launch in 2017, but unlikely to fly by late 2021 at the earliest.

Now NASA is working on a second Mobile Launcher to accommodate the larger Block 1B version of the SLS rocket. Bechtel won this contract to design and build the second larger mobile launcher for $383 million in March 2023. This would be about one-third the cost of the first mobile launcher in half the time. Past performance indicates that this is unlikely.