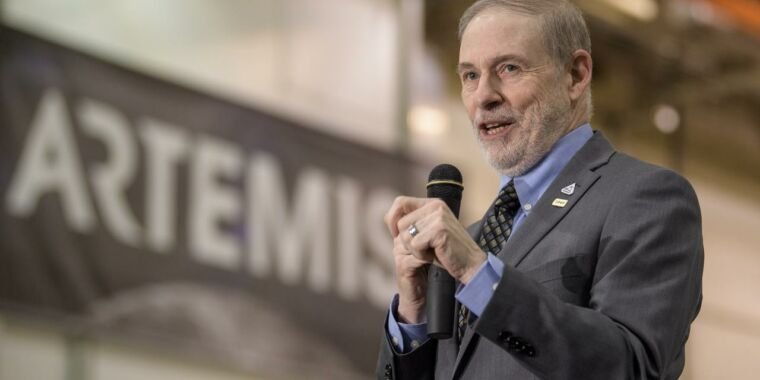 The US Attorney’s Office for the District of Columbia has opened a criminal investigation into a former top NASA official, The Wall Street Journal reported Friday.

The grand jury’s investigation concerns communications between Doug Loverro, then chief of human spaceflight for NASA, and Jim Chilton, senior vice president of Boeing’s space and launch division. These discussions took place early this year, during a blackout period when NASA took bids to build a human landing system for the Artemis Moon program. You are not allowed to enter a public procurement contest.

“Mr. Loverro, who was not part of NASA’s official contract staff, informed Mr. Chilton that the Chicago space giant was about to be eliminated from the competition based on costs and technical evaluations,” the report states, citing unidentified sources. “Within days, Boeing submitted a revised proposal.”

Loverro resigned from NASA in mid-May, a few weeks after NASA awarded three Human Landing Systems contracts: $579 million to a team led by Blue Origin, $253 million to Dynetics and $135 million to SpaceX. Boeing and another bidder did not receive any awards.

While this news release provides new information about the criminal investigation, it does not provide much more detail than the broad outline of what was already known after Loverro’s resignation in May 2020. Some important questions remain.

One is whether Loverro acted alone — or at least had the tacit approval of NASA administrator Jim Bridenstine to contact Boeing. Multiple sources have said that Loverro did indeed act on his own initiative, but this fact is unlikely to become known until NASA’s Inspector General completes an investigation in the business. That investigation began earlier this year.

Another question is what Loverro’s motivations were. If he received a bribe, Loverro could face jail time. But this doesn’t seem to have happened. Instead, several sources told Ars that Loverro believed that Boeing’s proposal to launch an integrated landing system on a Space Launch System to the Moon was the most straightforward approach to landing humans on the Moon by 2024. That’s why he wanted the company to make a competitive offer .

Finally, there is the question of what this means for the Artemis programme. For the coming fiscal year, the White House asked for $3.37 billion to accelerate development of the lander to meet its 2024 target. However, the proposed US House budget provides only $628.2 million for the lander. A final budget may come later this year, after negotiations with the House and Senate.

However, concerns about the ongoing investigation into Boeing and Loverro may reinforce Congress’s desire to delay funding for the Artemis program, and the lander in particular.