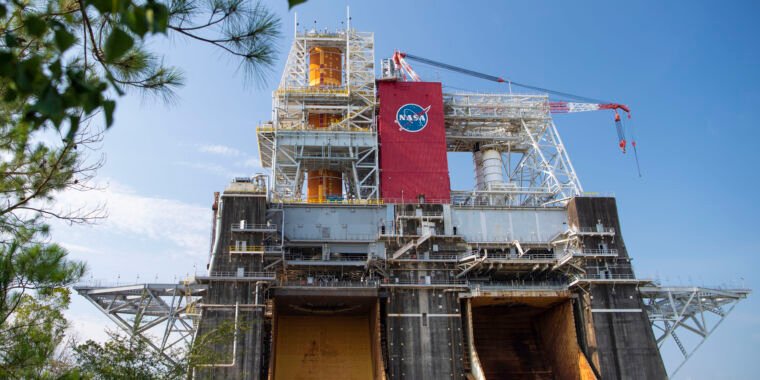 In a rather anodyne update to NASA’s “Artemis” blog published Wednesday, the space agency’s new chief of human spaceflight announced progress made on key hardware programs.

“Already within my short time on the job, NASA is checking major milestones and quickly marching towards Artemis I,” wrote Kathy Lueders, who stepped into the job after leading the Commercial Crew program. “That mission, the first unmanned flight test of our powerful Space Launch System rocket and Orion spacecraft, is just over a year away from launch.”

Lueders then discussed preparations for a “Green Run” test of the core phase of the SLS rocket this fall, possibly by the end of October. This test will take place at the Stennis Space Center in southern Mississippi, during which engineers from NASA and the state’s chief contractor, Boeing, will ignite the wedged rocket’s four main engines and fire them for eight minutes to create a simulate space launch and ascent .

After discussing these and other details, Lueders, rather casually, admitted that “NASA also aligned development costs for the SLS and Exploration Ground Systems programs through Artemis I and made new cost commitments.” New SLS missile development costs are $9.1 billion, she said, and the budget for the first ground systems to support the mission is now $2.4 billion.

Unspoken: This represents a 33 percent increase for the rocket since 2017, when a “replan” of the estimated development costs for the rocket, including a single test flight, would be $7.17 billion. (This was detailed in a US Government Accountability Office report published nearly a year ago.) This figure reflects direct development costs only. NASA has received more than $20 billion from Congress since 2011 for SLS development and related activities.

In her update, Lueders said she was “confident” that a launch date for the rocket in November 2021 is achievable. However, she made a few caveats about this. First, she said, “It’s too early to predict the full impact of COVID-19.” She also said such a launch date is based on “a successful Green Run test with hot fire”.

This last caveat can be quite big. With this test, NASA will test the integrated core stage — consisting of the space shuttle’s four main engines, large fuel tanks for liquid hydrogen and liquid oxygen, and all the plumbing needed to control the flow of cooled liquids — for the first time. While the agency has studied independent components, it’s important to make sure they work together.

Engineers familiar with testing large, complex systems for the first time say the chances of a perfect test or a major structural failure are slim. However, NASA and Boeing are most likely to discover a number of problems that will take at least several months before the core phase is deemed ready for launch.