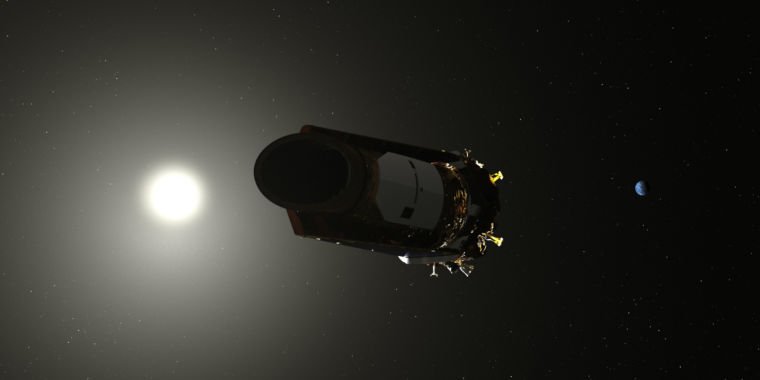 After more than nine years in operation, the Kepler Space Telescope has run out of hydrazine fuel. Mission managers will now send a command to the spacecraft, which is currently tracking Earth in heliocentric orbit about 150 million kilometers away, to disable the spacecraft’s transmitters. It will be cast adrift in the silent darkness of space.

But while the spacecraft’s effective mission will end, it will live on in a wealth of data scientists have yet to digest. During its lifetime, the spacecraft has found 2,681 confirmed planets and another 2,899 candidate planets that require follow-up confirmation from ground-based telescopes. Those numbers were current as of Monday evening.

Kepler can safely be considered one of the most transformative missions NASA has ever sent into space. Prior to the launch, astronomers knew that planets existed around other stars, but their knowledge beyond them was vague. Now astronomers have a wealth of information. “Kepler has changed what we think about our place in the universe,” Paul Hertz, director of the Astrophysics Division at NASA headquarters, said during a conference call with reporters on Tuesday.

For example, astronomers now know that there are many more planets in the Milky Way than the billions of stars there are and that these worlds are significantly more diverse than the eight planets in our own solar system. Astronomers have found everything from small rocky planets to huge Jupiter-like worlds. They have also discovered a new class of planets called “Super Earths”, which are larger than Earth, but smaller than Neptune.

In addition, astronomers have found that planetary systems around other stars come in an extraordinary variety of configurations, from large gas giants that orbit their star within days to clusters of small, rocky planets packed in close orbits close to their stars.

During Tuesday’s phone call, the Kepler mission’s now-retired principal investigator, Bill Borucki, was asked what his favorite find was. He was quick to mention Kepler-22b, a planet identified in 2011 with a radius 2.4 times the Earth that orbits the inner edge of the habitable zone for life as we understand it.

Subsequent observations have revealed that this world is most likely completely covered with water and may have a water vapor atmosphere. Such an ocean world, he thought, would be an incredible place to look for life. Unfortunately, 22b is 600 light-years away.

Now, in Kepler’s significant wake, NASA is pushing through. With the Transiting Exoplanet Survey Satellite, launched in April, the space agency is already finding planets orbiting around 200,000 of the brightest and closest orbiting stars. These worlds could potentially be examined for signs of life by the James Webb Space Telescope. This instrument, expected to be launched in 2021, can study the atmospheres of worlds within tens of light-years from Earth.