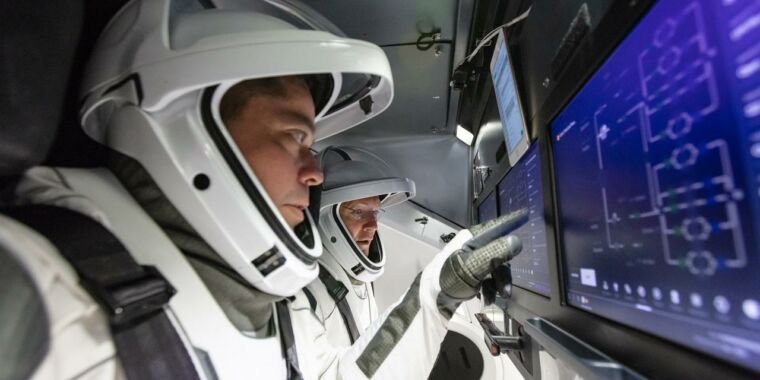 NASA and SpaceX are nearing the first launch of humans into orbit from US soil since 2011, when the space shuttle made its final flight.

Though the space agency has not yet said so publicly, NASA is working on a May 7 launch of a Crew Dragon spacecraft that will take astronauts Doug Hurley and Bob Behnken to the International Space Station.

Johnson Space Center director Mark Geyer was asked Monday about the early May launch date and said it is tentative and no final decisions have been made. The International Space Station and Commercial Crew programs continue to consult with NASA administrator Jim Bridenstine and the agency’s chief of human spaceflight Doug Loverro. “The target that the two programs have agreed upon is reasonable, but we are still confirming with Jim and Doug when we think we will launch,” he said.

It is therefore possible that the Crew Dragon mission could be launched any time from the second half of April to June.

The Dragon crew-mission spacecraft will arrive at the Kennedy Space Center this month and is essentially ready to check on a few minor issues. Loverro said that during a visit to the Johnson Space Center on Monday.

NASA and SpaceX are also in final discussions about additional parachute testing to certify that system for flight. It is likely that SpaceX will conduct two additional tests of brand new parachutes in the coming weeks to meet NASA’s needs.

Mostly, however, Loverro said NASA should complete the analysis of data from Dragon’s successful In-Flight Abort test in January and then complete the paperwork for the mission.

“Even as it sounds mundane, there is a load of paper that needs to be verified, signed off and checked to make sure everything is closed,” he said. “It’s probably one of the longest things in the tent to go on and do. It’s underappreciated but critically important. You have to make sure you’ve done everything you need to do along the way.”

NASA is also trying to determine how long Dragon’s first manned mission will last. Initially, the space agency planned to dock the capsule with the space station for about a week before Hurley and Behnken return to Earth. Now it wants to expand that mission so that the pair of astronauts can do more work in orbit.

Later this spring, after NASA astronauts Jessica Meir and Drew Morgan return to Earth, only Chris Cassidy remains aboard the station. NASA wants to minimize the time Cassidy remains the only US astronaut aboard the orbiting lab, so there are talks of extending Hurley and Behnken’s mission to six weeks, or even three months. . If that happens, the two astronauts will need a little more space station-related training. Specifically, NASA would like Behnken to be able to take a spacewalk if needed. Behnken has done six spacewalks on two shuttle missions, but the last was in February 2010. He will need some spacewalk skills training if the Dragon mission is extended. (Hurley, a shuttle pilot, never did a spacewalk.)

“We’re also having a conversation because the station is about to go to one person, so it would make sense for this mission to stay a little longer,” Geyer said Monday. “And given that, there’s some ISS training that we’d like to give these guys, including Bob, so he could help Chris if we had an emergency EVA. So that’s all part of the mix, and it all comes together, And we’ll be making decisions shortly about when we think it will launch.”