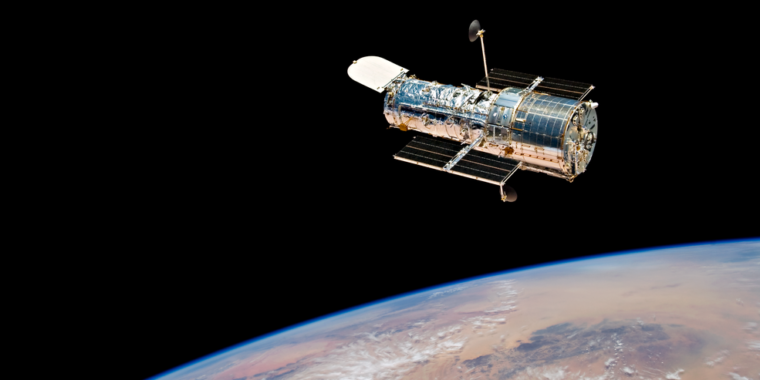 After NASA’s Hubble Space Telescope went into “safe” mode about two weeks ago, the operations team has made an effort to get a faltering gyroscope back online. Now the space agency says it thinks it has solved the problem.

Hubble’s operations team plans to conduct a series of tests to evaluate the gyro’s performance under conditions similar to those encountered during routine scientific observations, including moving to targets, pinning to a target, and performing precision cues. NASA said in a press release. “After these technical tests are completed, Hubble is expected to return to normal scientific operations soon.”

Ground operators put the telescope in a stable configuration earlier this month after one of the three active gyroscopes helping to aim the telescope failed. According to NASA, the gyro that failed last week had been showing end-of-life for about a year and the failure was not unexpected.

Hubble has three pairs of two gyroscopes, with each pair consisting of a primary and backup gyroscope. In addition, in each pair, one of the gyroscopes is of an “old” design, while the other is an “improved” (or newer) design intended to last for a longer period of time.

After the outage this month, all three “old” design gyroscopes no longer work. This gave NASA two improved gyroscopes that functioned normally and one that had functioned more than seven years ago before being retired at that time. The Hubble telescope can operate on only a single gyro, but three operating are optimal for normal operations.

Back to science soon

For the past two weeks, operators have been trying to get this third, previously clunky gyro back online. And they are now reporting some success.

Inside the gyroscope, a wheel spins rapidly in a sealed cylinder, and some blockage in the fluid surrounding this cylinder appeared to cause an erroneously high rotational speed. A series of maneuvers – including turns in opposite directions – seem to have lifted any blockage.

“After the Oct. 18 maneuvers, the team noticed a significant reduction in the high speeds, which allowed the measurements to be made in low mode for a short period of time,” NASA reports. “On October 19, the operations team ordered Hubble to perform additional maneuvers and gyro mode switches, which appear to have resolved the issue. Gyro speeds now look normal in both high and low modes.”

Now the space agency plans to test the gyro under conditions similar to those encountered during routine scientific activities. Once these tests are done, the telescope should resume normal scientific observations.

The Hubble Space Telescope has been in use since its launch in 1990.