Naked mole rats have a complicated relationship with cancer | Techilink 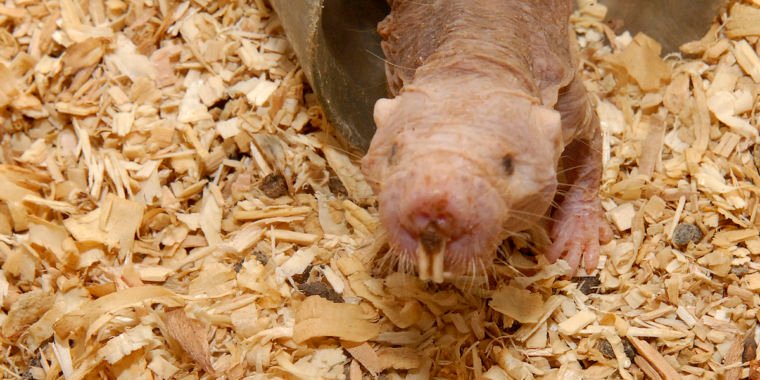 Naked mole rats are the longest-lived rodents, with a recorded lifespan of over 30 years in captivity. They are native to East Africa where they live in large colonies in underground burrows. The maximum lifespan of a species is usually related to body size, but like us naked mole rats are outliers, with a lifespan quotient much higher than expected for animals of their size (about 35 g).

We’ve done it with hygiene, vaccines and other modern public health measures. How are these rodents doing? A new study adds to the confused picture of how these animals maintain their health.

A hallmark of cancer cells is their immortality. Cancer and aging are like polar opposites of a cellular seesaw; molecular mechanisms that protect against one have the unfortunate side effect of promoting the other. But naked mole rats seem to have avoided the pitfalls of both. They hardly ever get cancer, but they don’t seem old until the end of their lives and they can reproduce all the time.

Cellular senescence, in which cells stop dividing permanently, is one way cells avoid cancer. But it is also a hallmark of aging and its associated pathologies and tissue deterioration. Eliminating senescent cells from mice extends their healthy lifespan.

Rather than being a single process, however, there are different types of aging, each caused by a different type of biological stress.

One is called “replicative senescence,” where cells no longer make a new copy of their DNA, an essential prelude to cell division. This usually happens when the ends of a cell’s chromosomes, which help protect the gene-rich regions, become too short, which happens with age. Cancer cells usually activate an enzyme that expands the chromosome ends, exceeding this limit.

Naked mole rat cells make much of the same enzyme, but still don’t become cancerous. Possibly as a result, they do not enter replicative senescence.

It’s in the details

dr. Vera Gorbunova, who uses naked mole rats to study aging, wondered if their cells were going through a different form of aging. She found that they did. The cells were turned off in response to DNA-damaging agents such as gamma radiation, or when a cancer-causing gene was introduced. They also undergo aging in specific cell populations during embryonic development, including their hair follicles. She suggests that maybe that’s why they’re naked.

However, their senescent cells were different from those of other mammals. First, they needed twice the gamma radiation that mice need to induce senescence. Some mouse cells underwent programmed cell death in response to the radiation, but the naked mole rat cells did not.

Senescence was different in other ways too. In mice, senescence disrupted that activity of more genes and in a wider variety of pathways. The genes it disrupted in the naked mole rat cells were clustered in well-defined metabolic pathways. Mole rat cells shut down genes that help them make proteins, while genes are involved in metabolism and cleaning up damaged proteins were activated. In general, the pattern indicated an inhibition of cellular metabolism; coupled with the higher dose of radiation they could endure and their lack of cell death suggests naked mole rat cells may be better able to tolerate DNA damage.

Senescent cells are usually associated with age-related pathologies, such as atherosclerosis and osteoarthritis. Naked mole rats have senescent cells, but somehow avoid these traumas of aging. We still don’t know how they live so long cancer-free – only now we know it’s not by eliminating cellular aging.