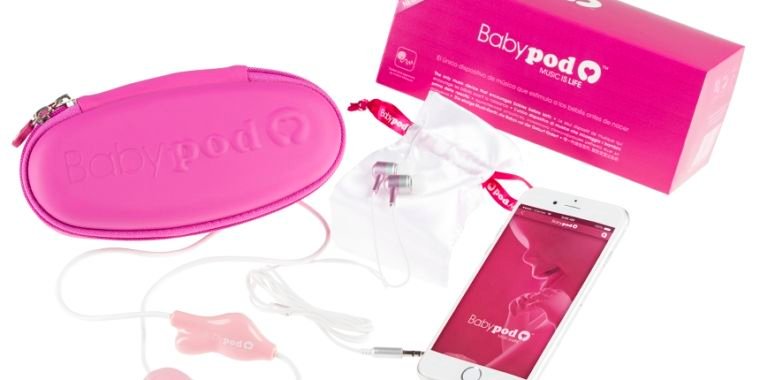 As the person responsible for covering the annual Nobel Prizes in the sciences, it’s always good to get an alert that they’re about to be awarded. For me, that warning is given by the Annals of Improbable Research, which has hosted the first annual Ig Nobel Prizes for the past 27 years.

Complete with a mini-opera ceremony and a Nobel laureate tasked with sweeping paper airplanes off the stage, the award ceremony is an act of inspired madness rivaled only by the prize-winning research itself. As usual, this year’s winners are a mix of mad scientists, applying scientific methods to unconventional problems, and real science questions that have…unconventional consequences. Let’s go to them without further ado.

Obstetrics: Whose idea was this anyway? Supposedly, one of the three honored Spanish researchers came up with the question no one else asked: Would a fetus enjoy music more if it was played in the nearby vagina? To find out, the team played music against the mother’s abdomen and from a speaker inserted into her vagina, and compared it to vibrations in the vagina. Although there was no discussion of the mother’s facial expression during the vibrations, the fetus only responded to intravaginal music, although it would have required him to be older and more developed. The team, of course, has a patent on an intravaginal speaker and has a product on the market.

Biology: There is at least one insect where the above speaker would be a product aimed at men. In most species, males compete for females and develop an enlarged penis and a seminal fluid that transfers nutrients to the female. This year’s biology prize goes to an international team that has discovered a type of cave insect where the opposite is true: the female carries the penis in this relationship and uses it to extract nutrients from the males. Bonus weirdness: intercourse can last anywhere from 40 to 70 hour.

The researchers went into the cave in question to record a video acceptance speech among the bugs that won out over them.

Physics: This one went to a researcher who was trying to determine the condition of cats. Marc-Antoine Fardin of the Université de Lyon published an article entitled “On the rheology of cats”, rheology being the study of how liquids and solids flow and deform. Fardin points out that cats appear solid in many contexts (such as after being dropped) but flow to adapt to many differently shaped containers. Unfortunately, he concluded that we just haven’t done enough research to come to any definitive conclusions: “Feline wetting and general tribology are not advanced enough to provide a definitive answer to capillary dependence on feline relaxation time.”

Nutrition: An international team of researchers took the Ig home for their demonstration that human DNA turned up in the faeces of Brazilian vampire bats. The work was motivated by an interesting scientific question: the bats had specialized in feeding on birds in a region where humans and agriculture were taking over and displacing their natural prey. What did the bats feed on now? Humans and chickens is the answer.

Fluid Dynamics: “Although the base frequency of the cup is significantly shifted from the resonance region, maximum spillage is initiated by the second harmonic driving force the cup exerts on its contents,” reads a sentence from this Ig-Nobel-winning paper. “That’s how we spill coffee.” The article is all about how sloshing liquids achieve harmonic oscillations in different containers, but it is specifically cited to find out what happens to coffee in a mug when we walk backwards.

Peace: OK, I have no idea why this was honored as Peace, given it brought some noise. That sound came in the form of didgeridoo play, which a research team (in Switzerland, of all places) was trying as a treatment for sleep apnea. The logic presumably is that playing the didgeridoo involves controlling your breathing, a problem for sleep apnea sufferers. It seemed to work because there were fewer breathing problems during sleep (although sleep quality and other health measures didn’t improve). Still, I’m skeptical that the study showed that the treatment was “well accepted by patients.”

Economy: This prize went to an international team that studied the effect of crocodiles on problem gamblers. It turns out that the reaction depends entirely on how you feel about crocodiles. If you held one and felt good about it, you were more likely to gamble recklessly afterwards. If your answer was more like “I can’t believe I’m holding a three-foot crocodile, someone’s getting me out of this,” the betting was more restrained after that.

Anatomy: Every year, The BMJ releases a Christmas issue filled with whimsical research with the potential for Ig Nobel glory. This year, the honor went to a paper entitled “Why Do Old Men Have Big Ears?” The study grew out of a meeting designed to involve primary care physicians in research, which suggested it as a potential research topic. But some attendees suggested it wasn’t really true. So one team followed through and showed quite conclusively that male ears grow larger at an average rate of 0.22mm per year. The “why” aspect awaits further investigation.

Medicine: For many people, cheese is the vegetarian version of bacon: there’s no meal that can’t be improved by adding cheese to it. So, in an effort to study some deviant psychology, a team of French researchers found people who are disgusted by cheese and put them in an MRI tube to see what their brains were up to. Apparently, the brain’s systems for perceiving benefits and rewards are heavily involved in cheese disgust.

Cognition: This is a prize that will make those of us who are related to twins feel better. Researchers have shown that identical twins can’t always tell who they’re looking at when they’re given pictures of their own face or a picture of their twin’s face. This effect is enhanced when the subject has an insecure attachment, resulting in a diminished sense of self.