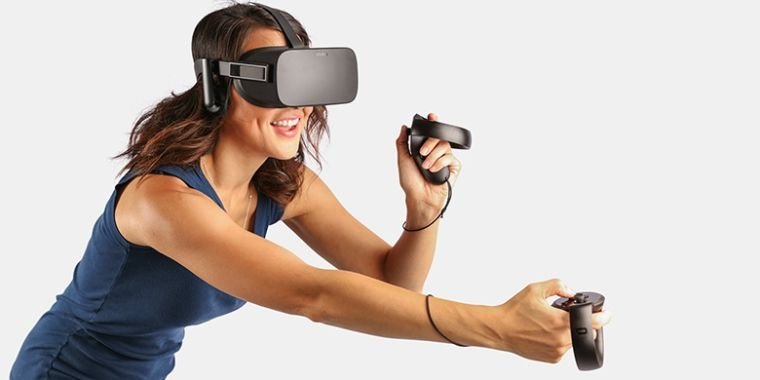 Ars Technica has confirmed that Oculus is exploring multiple different options in a “spectrum” of standalone devices for the future. That includes continued investment in standalone headsets with “six degrees of freedom” full motion tracking, similar to the Santa Cruz prototype shown at last year’s Oculus Connect conference. However, Oculus will not release hardware until the end of 2017.

Oculus doesn’t see its wireless standalone headset plans as a replacement for the existing Rift, though. Instead, the company sees PC-connected Rift headsets and mobile phone holsters like Gear VR as completely separate categories that will work in parallel with any standalone VR hardware. Oculus hopes that people who buy the Rift today can enjoy it for years to come without regrets.

Much of Oculus’ standalone headset plans are an attempt to get a product at a more mass-market-friendly price. Oculus believes that lowering the entry-level price for VR will be a big driver for mainstream virtual reality adoption. Recently, the company temporarily lowered the price of its Rift headset with Oculus Touch controllers to $399, and Ars has learned that the company already believes sales are going well.

In an official statement in response to yesterday’s Bloomberg report, an Oculus spokesperson said: “We don’t have a product to unveil at this time, but we can confirm that we are making several significant technology investments in the standalone VR. This is in addition to our commitment to high-quality VR products like Oculus Rift and mobile phone products like Gear VR.”

Tacking to the center

The new information reinforces the impression that Oculus sees a new line of standalone headsets as a more viable middle ground for virtual reality, between cheap phone holsters like the Samsung Gear VR and more expensive high-end headsets like the Rift. The ability to get “all in” on compelling virtual reality for a reported $200, without the need for a dedicated smartphone or powerful PC, could do a lot to push VR over its current niche, early-adopter hump, and into the to get mainstream. Still, a lot will depend on the form factor and software setup for such a device.

Any standalone device that implements full 6DOF tracking is probably not at the lower end of the “spectrum” of options that Oculus is reportedly looking at. Speaking on Oculus Connect last year, Facebook CEO Mark Zuckerberg said getting full “inside-out” tracking that works in a fully wireless headset “is one of the hardest problems in computer science… We have a demo, but we don’t have it. we don’t.” already have a product. This is the kind of thing we think will exist… a completely new category of virtual reality products.”

“We want hardware with a lighter form factor,” Zuckerberg added during the conference keynote. “That’s smaller. That can do both VR and AR. That can do eye-tracking, hand-tracking.”

Oculus isn’t alone in seeking the standalone VR middle ground. Google announced in May that it was working on its own “reference design” for a standalone virtual reality headset, complete with a new camera system that will allow for full positional tracking and even augmented reality mapping of complex spaces. HTC and Lenovo were announced as partners to create consumer versions of that design.

Samsung is also reportedly working on its own standalone VR headset, according to recent leaks from third-party developers.