“More likely than not,” a COVID-19 vaccine is possible, Fauci tells Senate | Techilink 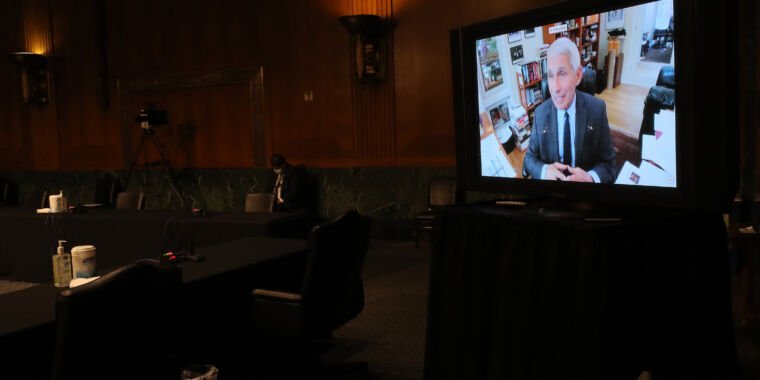 Months after schools and businesses across the country closed to contain the spread of COVID-19 and most of America began squatting at home, we’re all left with one frequently asked question: what now? When can we send our children back to school? Can those who have lost their jobs look for new ones? How do we know when it’s safe to do… well, anything?

We need to be careful and patient to avoid massive new outbreaks as states and cities start to come back online, Dr. Anthony Fauci, the nation’s leading infectious disease expert and director of the National Institute of Allergy and Infectious Diseases, to Congress. “My concern is that we will see small spikes that could lead to outbreaks,” Fauci testified today during a hearing before the Senate Committee on Health, Education, Labor and Pensions (HELP).

Fauci was the key witness at the hearing, testifying along with Food and Drug Administration Commissioner Stephen Hahn, Robert Redfield, director of the Centers for Disease Control and Prevention, and Adm. Brett Giroir, Assistant Secretary of the Department of Health and Human Services.

The hearing was unusual in that a majority of the participants, including all four witnesses, gave remote testimony via video conference. Fauci, Hahn and Redfield are all voluntarily in self-isolation following potential exposure to COVID-19 at the White House.

The most frequently asked questions from the senators were about schools and the possibility of a vaccine.

“I would be very realistic” with a principal or chancellor having to get their students back in the fall, Fauci said. “The idea of ​​having treatments available or a vaccine to facilitate student return in the fall period would be a bit of a bridge too far.” That said, Fauci emphasized, “We’re not necessarily thinking about treating a student who gets sick, but how we can make a student feel safe going back to school.”

“We need to take it step by step as we head into the fall with the schools reopening, right where we are with the outbreak,” he added.

Fauci also stressed several times that we simply don’t know the long-term effects of COVID-19 in children. “I think we’d better be careful not to be arrogant with kids because we think they’re completely immune to the harmful effects,” Fauci said. Children seem to bounce back more quickly and generally have less immediate effects than adults. But Fauci said, “I don’t know everything about this disease and so I’m very reluctant to make broad predictions.”

reopening shall lead to new infections, he added. “That’s definitely going to happen.” But it is what local, state and federal leaders do in response that will determine whether a region or country experiences a serious rebound or a manageable one.

“If you open up, you really have to have the ability to react when you have the inevitable rises in cases,” Fauci said. “If you don’t respond appropriately, we have the damaging effect of more infections and more deaths.”

An ‘adequate response’, apart from a vaccine or new treatments, usually involves a dramatic increase in the availability and reliability of tests. The witnesses were unanimous on that point. “By September,” Giroir promised, if everything comes together, “we project that our country will be able to conduct at least 40 to 50 million tests per month at that point, if necessary.”

To date, approximately 9 million COVID-19 tests have been conducted in the United States. sen. Tim Kaine (D-Va.) pointed out that 40 million tests in a month would average about 1.3 million tests per day; currently, he noted, we’re seeing about 300,000 to 400,000 tests per day.

Ultimately, of course, the most surefire way to keep people safe is to develop and distribute a vaccine. At least there Fauci was optimistic.

A vaccine is “definitely not a long shot; I think it’s more likely than not that we” will be able to develop one, Fauci told the Senate:

This virus mounts an immune response and the vast majority of people recover. The very fact that the body is able to spontaneously clear the virus tells me that, at least from a conceptual standpoint, we can stimulate the body with a vaccine that will elicit a similar response. So while there’s no guarantee, I think it’s more likely than not.